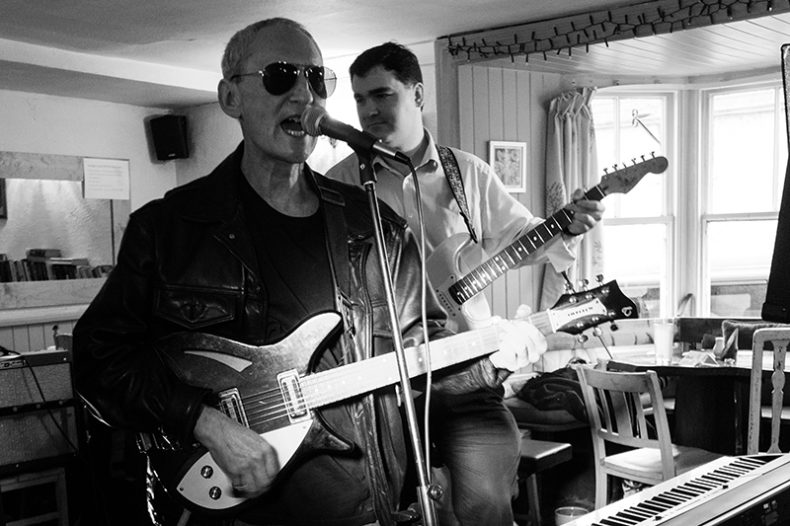 THE RETURN OF ANDY McMASTER

AN INTERVIEW WITH ANDY McMASTER (THE MOTORS)

In March 1980, The Motors released a brilliant album, Tenement Steps.  What fans didn’t know was by the time the album was released the band had disbanded.

“We split before Tenement Steps,” says Andy McMaster.  “It was all political, managers, finances…Nick (Garvey, the co-founder of The Motors)and I had been convinced, by managers,  that the band was us, and we could just be a duo with studio.  I wanted to keep it as a four piece, (Bram Tchaikovsky and Ricky Slaughter were the other two of the original four), and I have always regretted it.” 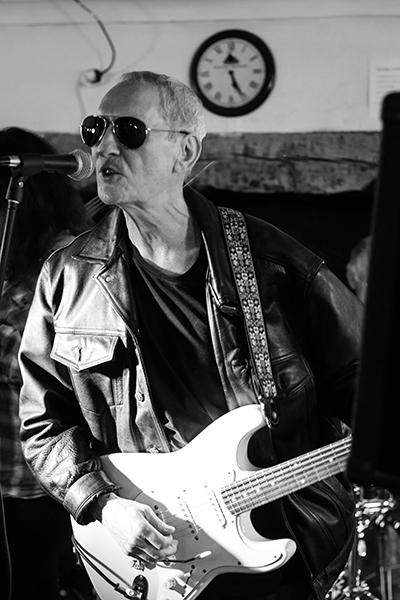 The split of the band was kept rather quiet.  Nick Garvey released an album, and Andy McMaster waited a full eight years for his second solo single, “No Joy”.  For the record, his first solo single, “Can’t Get Drunk Without You Baby”  was released in 1970 under the name Andrew McMaster.

But after “No Joy”, silence.  The question was where was Andy McMaster.

Thirty years after “No Joy”, Andy McMaster has returned with a remarkable album, Agenda 21.

So, where has Andy been?

“I’ve been alone really, getting to know myself again, having some space.”  Reports Andy during a very recent interview.  “I have been doing everything but  music…domestic things and getting daft drunk”.  This brings a laugh from the gentleman from Glasgow.  And make no mistake, when you talk with him, he has not lost any o his wonderful Scottish accent.

Andy notes that the past few years have not been all the great for him.

“I just wasn’t disciplined to keep doing it, the music.  I was lead astray, dead easily.  I was also thinking I was enjoying myself.  A lot of the last 30 years is a blackout, but I did drive taxi for a couple of years” Andy chuckles.

But things began to turn around for Andy.  “My ex-wife found this area in Dorset, (South West England for our geography fans) a community of retired musicians.  Beautiful area, it was my best move.  And it was there that I met my engineer (Martin Condon), who lives 10 yards from me, and my co-producer, Lynton Guest.  They were and are my friends and a few years back they heard songs I was working on, and they liked them.  My youngest son got involved in the publishing side, it all came together really.”

The result was a handful of singles over the past few years and in 2017, a new album, Agenda 21 (Generally Speaking Records).  The title of the album and song comes from a book by Rosa Koire (Behind The Green Mask UN Agenda 21).  It is also an action plan by the United Nations. 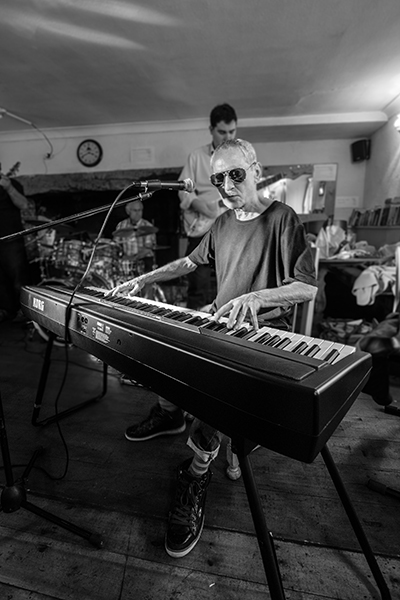 “The song, “Agenda 21” is really about development, about shoving people in cities, spying on people.  It is really about power.   It is social commentary.   I challenged myself for this albumin writing.  I don’t have to agree with it, just because I write it.  Like the song “Fatima”, I read about a story of arranged marriages in the paper.  I have never done this before, but it is a neat way of writing!”

“I’m not interested in what is happening in music today.  I know the industry has changed, of course.  Everything is online now, our publishing company is online.  But I am just making music.  The new album was recorded digitally, but through an old desk (mixing board).  This gives the music it’s warmth.  The next album I will be using technology to record the album digitally without the desk, but it will still sound old.”

“I am recording the next album now.  I didn’t record for a long time, as I worried about being outdated.”

The fact is, the new album, Agenda 21, is remarkably current and in some ways ahead of our time.  The songs do not sound dated and as mentioned, this is a socially aware album with references to politics, assisted suicide, and the Fibonacci Sequence (you will have to look that one up).  Not exactly the stuff of popular or even rock music today.

Andy McMaster has been around the music industry a while, from his early solo music, to Ducks Deluxe to The Motors to his current solo music, he has contributed to and shaped rock and roll.  It is to the good of us all he is back, and his own words “I have dreamt about going on tour”, so let us cross fingers to see Mr. McMaster in a town near us soon.  In the meantime, let us enjoy his latest album, Agenda 21.

by Aaron Badgley on June 1, 2021
RAYS ON THE WATER A CONVERSATION WITH ANDY McMASTER (THE MOTORS) The Motors formed in 1977 by Andy McMaster and Nick Garvey. Both were in the band Ducks [...]
7.0

by Aaron Badgley on March 31, 2017
Andy McMaster Agenda 21 Generally Speaking Records The Motors called it a day in 1980 with the fantastic, and damn near perfect album, Tenement Steps.  At this point, The Motors were [...]