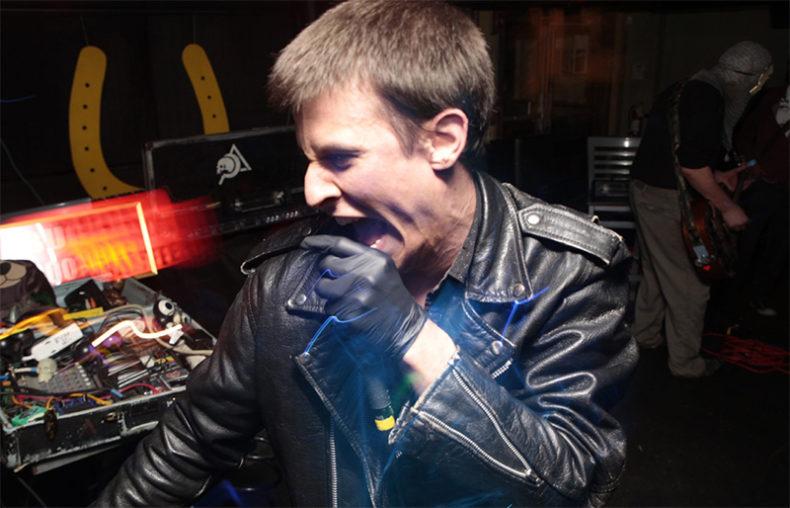 THE PAIN YOU DON’T SEE COMING

There are a lot of great stories about how bands got their names. “The Beatles” was a tribute to Buddy Holly and The Crickets (with a spelling to reflect the beat of music), The Rolling Stones took its name from a Muddy Waters song, and Pink Floyd combined the names of two blues artists (Pink Anderson and Floyd Council) from Syd Barrett’s record collection. However, the story behind Buck Gooter’s name rivals these.

“I basically misheard Terry”, remembers Billy Brett, one half of Buck Gooter, along with Terry Turtle. “We were trying to come up with a name for us and he was eating pancakes. I suggested something and he said ‘fuck you’, but because his mouth was full of pancakes, it came out as Buck Gooter. So, basically the name is ‘fuck you’ with your mouth full of food”.

I had the extreme pleasure of speaking with Brett recently, as the band prepares for a tour in support of their new album, Finer Thorns. Buck Gooter formed in 2005, and Finer Thorns is their eighteenth album in 14 years. 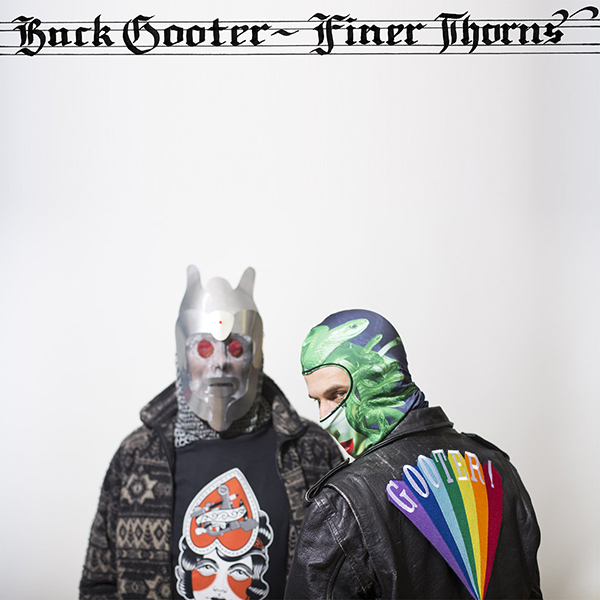 Describing the band’s creative process, Brett says, “When we were starting out, we did a lot of work writing songs and we did a lot of self-releases. We were always making albums, but we were also constantly moving forward. We have never really taken a break, a lot of focus on the band. Our attitude is that the clock is ticking and we are not chilling out or relaxing”.

The band formed after the two members met at a restaurant where Turtle was working. “I was trying to get a job in a restaurant (The Little Grill, in Harrisonburg, Virginia) in 2004”, Brett recalls. “There was this crazy artwork on the walls that I loved. I thought whoever did that art was special. It turned out to be Terry, and he still makes amazing art today. We met, he was super forthcoming and we both lived in Harrisonburg. We joined up, and kept that relationship going.

“We were in the same town, and see each other all the time. But being in this band with him is like being married, we are both very devoted. I have a girlfriend, and she will say ‘the band is your other girlfriend’. The band is like family, I guess. Or maybe not. It is a really good relationship. It is our thing”.

Buck Gooter’s latest album, Finer Thorns, is inspired by “the pain you don’t see coming, something there that ruins your life. It is the unavoidable pain we all go through, the current state of existence”. That does not mean that the album is depressing or morose; in fact, some moments such as “Peace Siren”, the first single, are very uplifting. Brett wrote this song “about The Space Lady, the woman busker in San Francisco. Her whole trip is peace and love and how she sings these popular songs plus her original songs. She is very anti-war, very radical peaceful jams. She has a beautiful voice, and she sings very high. So, she is the ‘peace siren’. I try to sound like her in the song”. 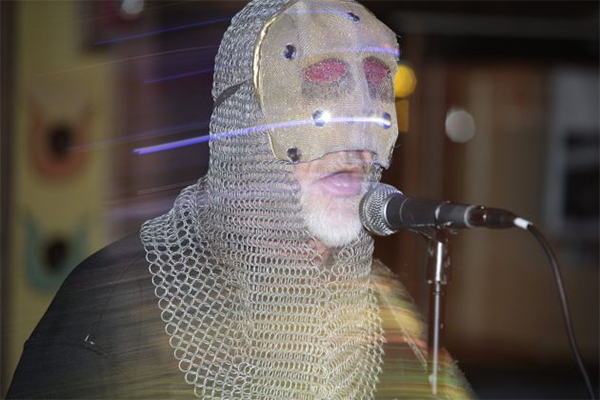 Explaining Finer Thorn’s remake of an older song, “Skunks Are Cool”, Brett says, “We did it on an album six years ago (Consider the Grackles, 2012). We were listening to it because we hadn’t played it in years, and we thought it reflected the political climate today”.

As heavy as the album is, both musically and lyrically, Buck Gooter always leaves room for positivity. The album art, for example, reveals a strong sense of humour. “Our friend Paul Somers took that picture”, Brett remembers. “I had been wanting to do that cover for a long time, but I could not get Terry to dress up. It took about a year to convince him. It is really Pet Shop Boys’ Actually cover, except it is us”.

Describing the recording of Finer Thorns, which took place in Brooklyn, Brett says, “We have a friend who lives there, Kelso, and we recorded in his studio. We recorded the whole album in one day, and one day to mix it. Terry is not going to sit in a studio for four days mixing a record. We rehearsed the songs, and got into the studio and hammered them out. We found a good person who really cared to do the album with us”.

Finer Thorns is a brilliant album, full of keen observations, great lyrics, and energy. After 14 years, the band does not give any indication of slowing down. Though Buck Gooter’s upcoming tour has no Canadian dates scheduled, Brett says, “I would love to get to Canada. Who knows, maybe we will get up there”.

Born and raised in Whitby, Aaron discovered music through his love of The Beatles. This led to a career in radio, writing for various publications, and ultimately a radio show about The Beatles (Beatles Universe), which ran for over four years. When not immersed in music, Aaron enjoys spending time with the loves of his life -- his wife Andrea, and daughters Emily and Linda (all of whom have an intense love of music too).
RELATED ARTICLES
billy brettbuck gooterfeatures
8.0