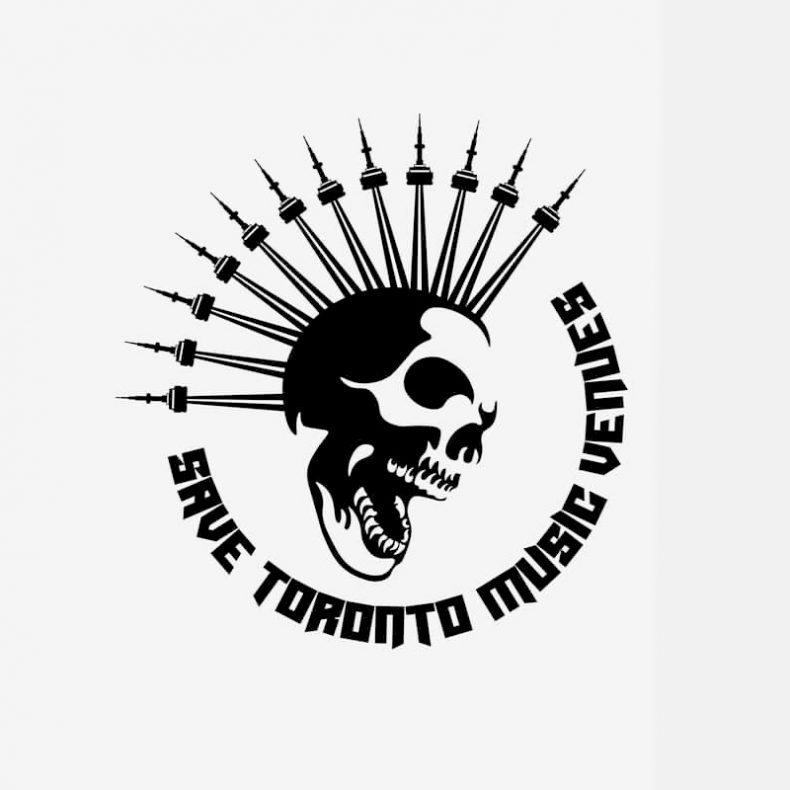 A CONVERSATION WITH SAVE TORONTO MUSIC VENUES

The concert industry has come to a complete and sudden stop since the beginning of the global pandemic. International tours and local concerts have been canceled and artists have since scrambled to do whatever they can to continue to make a living through their art while also remaining creatively charged. Without a firm date as to when live music can return to Toronto, the local scene has grown restless; however, this has affected for more than just the musicians. Venues and venue staff have been hit just as hard. It is because of this that Ashley Cachia created Save Toronto Music Venues, an organization set to support various Toronto stages throughout the pandemic. Speaking on the ethos of Save Toronto Music Venues, Cachia and Kyla Konopka shared all on their efforts and their upcoming CD compilation.

Save Toronto Music Venues was formed by Cachia in 2020. As she puts it, “originally, I started it and I was trying to sell the pictures I had taken, which was just an art project for myself because I wanted a tangible way to hold onto my memories as some venues started closing. At some point, someone suggested I sell them, then someone suggested I make shirts, and someone suggested I start talking to bands, and then I met Kyla.” She continues, “There’s definitely a need, and even though I started this myself, it is a very community-based thing and it’s been growing naturally.” This was spurred on in summer 2020 when a series of different venues closed one after another. Due to a lack of live shows, artists have been forced to adapt to the pandemic and to get creative with how they promote themselves and perform digitally. Cachia and Konopka met earlier this year after Cachia hosted her band, By Octopi, on her weekly Instagram Live interviews. Since then, the two have worked together to further the reach and possibilities of Save Toronto Music Venues. The team also includes social media manager and digital artist, Poisonedd Daisy.

Featuring 22 songs, the Save Toronto Music Venues CD Compilation is their latest attempt to support the Toronto community. The compilation drops on June 25 and can currently be ordered in advance. All proceeds from the compilation album will be split among the 10 venues –  Hard Luck Bar, Sneaky Dee’s, Bovine Sex Club, the Opera House, Cherry Cola’s, the Rex, Lula Lounge, Castro’s Lounge, the Piston and Nightowl – supported by the organization. Additionally, ever $5 spent on a compilation, or any other merch, enters you to win prizes from various Toronto businesses, including Steve’s Music Store, Rehearsal Factory, Black Tail Recordings, City Girl Greens, and Dropout Entertainment, to name a few. The album features the works from the likes of One In The Chamber, By Octopi, Pink Leather Jackets, Neon Bloom, and many others. Furthermore, the Save Toronto Music Venues CD Compilation includes a never before released live cut of The Flatliners’ “Hang My Head”, and “I Split The Devil’s Tongue In Two”, a brand new track from Organ Thieves – the collaborative project from Sum 41’s Dave “Brownsound” Baksh and The Creepshow’s Chuck Coles – recorded specifically for this compilation. Konopka adds, “it’s like a token that you’ll want to hold on to as it captures this moment in time.” When asked why a CD compilation in today’s digital world, Cachia simply stated, “I love vintage everything. The idea of an actual CD, something someone can hold on to, was so important. It’s so much more than a playlist or something you download online.”

The CD compilation seems to be just the beginning of what Cachia and Konopka are planning for Save Toronto Music Venues for the year. In support of the compilation, they’re hoping to host a live streamed concert this summer as yet another means of supporting the venues and promoting the CD. Furthermore, in the coming months you may find a pop up shop appearing at different city parks, maybe even hosting a live music with them as well. The two of them also hope to release following volumes of their CD compilation. As a result of their efforts, Cachia and Konopka have fostered a community that has connected artists and venues, with Konopka stating “it’s this idea of a collective and that is what will remain after the venues open. It’s a community and we’re seeing artists are really coming together and supporting each other more than before.” Most importantly, however, is their vision beyond the pandemic. The local and independent musical community of Toronto was struggling before 2020, Cachia and Konopka hope that they can continue helping venues and building a community long after shows have returned. If anything is clear, Save Toronto Music Venues has only begun to flourish within the confines of the pandemic and will only grow as lockdowns lift and shows return.