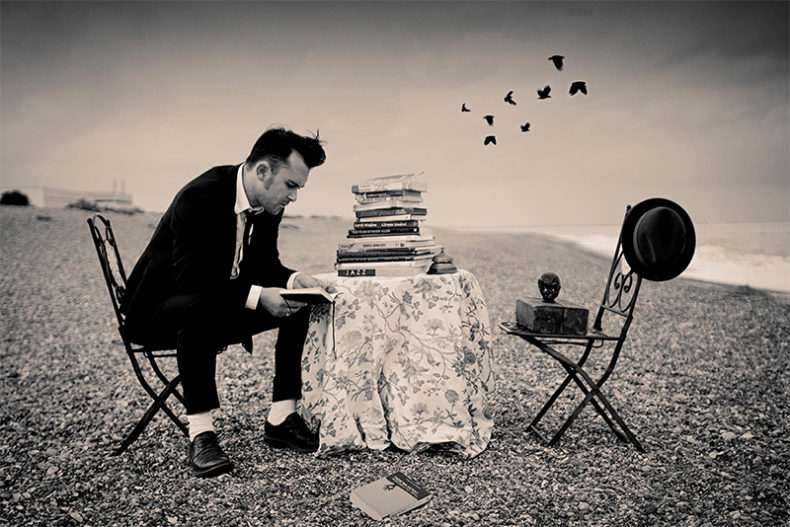 BRING BACK THE BLITZ KIDS

A CONVERSATION WITH TIM MUDDIMAN

Tim Muddiman is a musician with an impressive resume. He played guitar for Pop Will Eat Itself from 2010 until 2016. During this time he also served as the guitarist for Gary Numan. He actually began playing with Numan in 2009. On top of all that, he has also found time to carve out his own solo career, with his band The Strange. In the studio, Tim Muddiman ISThe Strange, and he has just released his second album, Domino Blitz. His first album, Paradise Runs Deep, was released in 2016.

“After touring with Gary I go in to the studio. I play everything and I love it. It takes time because I have a tendency to go over everything.. And I am always writing, so I have something ready to go in the studio when I am finished touring,” says Muddiman.

The title of his new album, Domino Blitz is an interesting title and even more interesting story. “I am a fan of Soho in London — the ’70’s punk and ‘80’s fashion. And there was a club there, where Boy George and others would hang out called The Blitz. And all the people who went there were known as ‘Blitz Kids’. They resonated with me. They were very passionate. And they were part of the underworld.”

“But recently there has been a great deal of gentrification going on there. I feel a sadness when corporations stamp out culture. When it is all about money. Culture can be ostracized, pushed away, a domino effect. It is the downfall of it, the economic domino effect. So, it became Domino Blitz.” 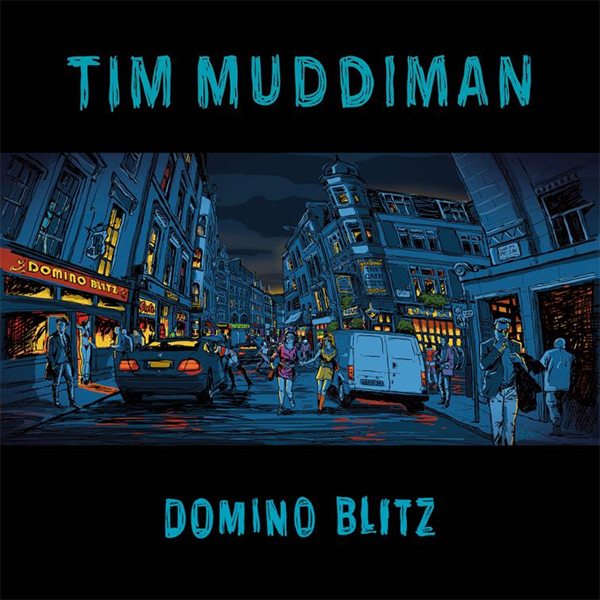 The new album does read like a book of short stories about the underclass, those who do not really get the light shone on them. “Exactly! The album is about people who do not fit in, who do their own thing.”

The first single and video from the album, “Get It On” certainly speaks to this. The video, which is a very gripping and  stunning visual was a relatively easy shoot for Muddiman. “The video took ten minutes to work out what we were going to do. I painted myself black and played the song on my phone so I could lip sync. I think it took two or three days on it. I am quite happy with it.”

As with his first album, Muddiman has decided to go the independent route with this album. It is on his own label, Gunstreet Records, and this is the direction Muddiman intends to stay with for the foreseeable future. “Through Pledgemusic, I have reached a wide audience and have complete freedom in my professional life. It has allowed me a happy existence. When I first decided to go solo, I thought I would write a load of songs, get an agent, get signed to a label and that was it. In my mind, that is what you do. I was offered several record deals with my first album. But I did not want to go into debt and I did not want someone owning my songs. I came to the realization, a record deal is not for me. But I can still get my music to a load of people.”

The album, Domino Blitz, is a concept album of sorts, full of stories. As such the order of the songs was very important.  Muddiman seems to have picked up a few tips from working with artists such as Gary Numan. “I think if the album sequence sounds good, it is because I learned sequencing from Gary Numan. He brings out setlists and never gets it wrong. He is conscious of what he is doing and how he is floating a set and I have studied what Gary’s done.” “For the album I started with three punching tracks, these songs make way for the rest of the album, and include some slower ones.” 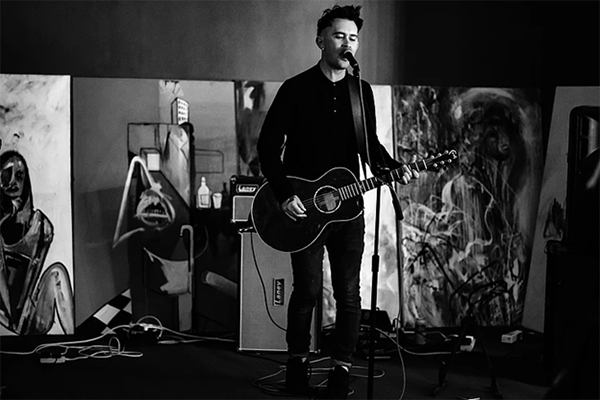 In discussing the album, Muddiman has his favourites, on of which is the incredible “Rat Ballads.” “I think I know the history of New York City better than I do the history of England. You know, how it was built. So I wrote this song about a guy who moves to New York City and wants to be a country singer, like Hank Williams. He is a strict Catholic, but he becomes attracted to the seedier side of life. I was with this guy mentally. He winds up sort of in the gutter. “See this type of song goes back to the freedom I was talking about earlier. I am not restrained, and I can keep moving forward, I feel free to explore. See, I even like country music, so that can seep in too. This story reflects that I relate to people in the underworld.”

Muddiman has a keen sense of music, and its history. He has played with electro, alternative bands but his tastes are extensive, as demonstrated on Domino Blitz. “I love blues and jazz, and I feel sorry for those guys who still play. I mean, they are fucked, there is no work for them, no where to play, at least in England. I turn on mainstream radio and I find it to be strange times. Certain beauty in music, which I find is missing in some of the more popular music.”

“I used to own a guitar shop. I sold it seven or eight years ago so I could just do music. I was working with other artists, producing music for people, but I was not being an artist, and I feel I needed to truly express myself.”

Muddiman does express himself through his music, whether it is playing guitar with Gary Numan’s band or releasing his own solo albums. He is an expressive artist, whose joy and love of music comes through when we talked. Domino Blitz is a brilliant album, and is clearly the work of an artist.

“I can’t wait to get back into the studio later in the year. I have already started writing songs, and I am ready to dig deeper. I want to progress as a writer, and the only way to do that is to keep writing.”

Born and raised in Whitby, Aaron discovered music through his love of The Beatles. This led to a career in radio, writing for various publications, and ultimately a radio show about The Beatles (Beatles Universe), which ran for over four years. When not immersed in music, Aaron enjoys spending time with the loves of his life -- his wife Andrea, and daughters Emily and Linda (all of whom have an intense love of music too).
RELATED ARTICLES
domino blitzfeaturesgary numan
7.0