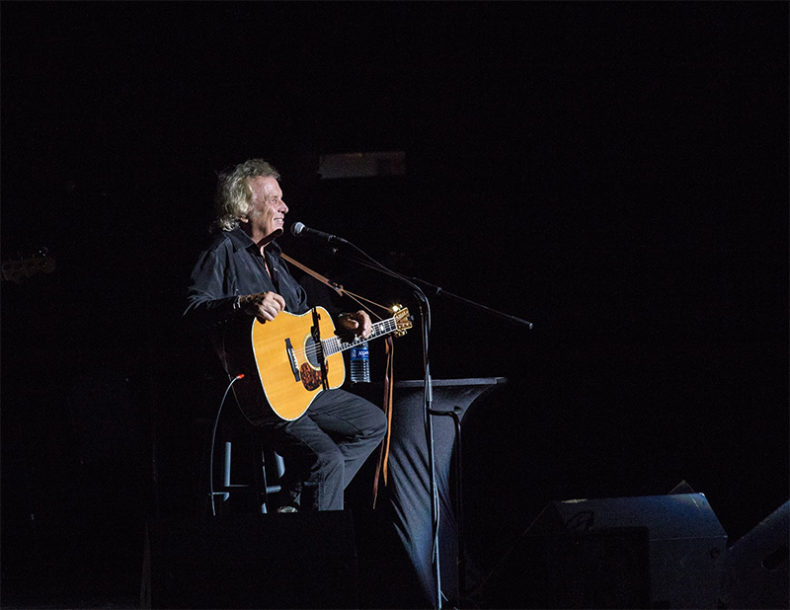 It has been eight years since the last Don McLean album. On March 16, 2018 he released his 19th studio album, Botanical Gardens. Perhaps it is not the album fans or one would expect from Don McLean, but if we have learned one thing about McLean, it is to expect the unexpected.

“I don’t have a typical direction, I go where I go and make the kind of music I make,” McLean said during our recent conversation. “I never wanted to become an imitation of myself. Basically though I have never planned a damned thing.”

This is very true. McLean has been recording since 1970 (when his debut album, Tapestry, was released.). Since then a look at his charted singles demonstrates his diverse catalog. “American Pie”, “Vincent”, “Dreidel”, “Crying”, “Since I Don’t Have You” and “Castles in the AIr”. There has never been a pattern. The same can be said for his albums. A brilliant writer, yet not afraid to do covers (Playin’ Favourites, 1973) or even a Christmas album (Christmas Dreams) and now, in 2018 he has written a beautiful album, Botanical Gardens. Not exactly a concept album, but an album with an overarching theme.

“The song, the title song, “Botanical Gardens”, was built on a dream I had when I was on tour in Australia. There was this incredible garden in Sydney with a beautiful walkway. I would walk in there and I would fantasize about my youth, when I was young and most of what was ahead of me. I came up with the song and then other songs started to follow. The last song on the album is the only cover, the old song “Last Night When We Were Young”. A fantasy world with different aspects, overnight you were not young anymore. It was like when my father died. I was 15 and grown-up the day he died, the next day I am talking with my mother and dealing with everything that you have to deal with when someone dies.” 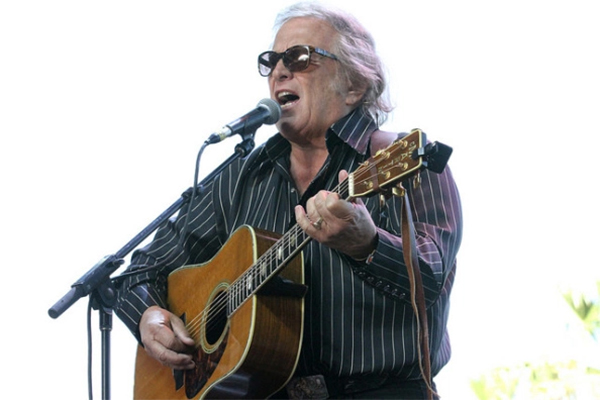 McLean himself tends to stay away from the limelight and the “in” places. You don’t really see him at all the Hollywood parties, or clubs in New York.

“I stay away from a lot of stuff, I get too upset, with news and everything. I live on 150 acres, and you got to go a long way to get to my house. I have to protect myself, things rattle me. Look at gun control right now. There have been 18 of these shootings in a year in the U.S. It is a thorny thing. You know the ‘Constitutional right to bear arms’. My Liberal friends, are pacifists and Left Wingers say that ‘guns are horrible’, while Right WIngers say I want my guns, tasers, tanks, rocket launchers. Why is all this happening?  Things have broken down and we don’t know how to get along with anybody.  So much in the world. It makes for rejuvenation, the story of Botanical Gardens.

“So the new album will give people a chance to chill. BMG (who issued the album) liked it and thought it was a very nice album. So at this time in my life, this is the music I want to do. I also want to give ‘hope’. We have the ugly music and art so we need this. I remember when we were honourable institutions and had values. Those values are not dead, I mean corporate machines keep spewing out stuff. Pete Seeger once said to me, and this was the time when there were suicides in the folk scene, Phil Ochs and others. And Seeger said, ‘you should never commit suicide’, not that I was suicidal, but he said ‘you should stick around and see what’s next’. Great advice”

What is also important to know about McLean is that he is a great storyteller. During our conversation he related a number of stories to me. I told McLean that my favourite song of his is a gem titled “Superman’s Ghost” from the 1987 album Don McLean’s Greatest Hits Then and Now. 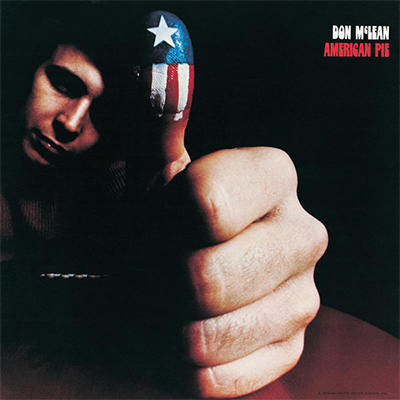 “I was always fascinated with the second tier history of Hollywood, you know not B stars, but not the biggies. So there was this actor, George Reeves, who was very interesting and a very nice person. I read all kinds of stuff about him, and of course he was famous for his role as Superman. Well it seems that in ‘54 or ‘55  he was doing an autograph appearance and he was dressed up as Superman. Well, this kid comes with his father’s gun to see the bullets bounce off his chest. He did not get shot and he never wore that suit to signings anymore.” McLean laughs as he relates the story.

McLean has been busy over the past few years, touring (“been doing many things,” he laughs) and the opportunity to release a new album presented itself. But huge record sales are not his focus with this album, but “a little success would prime the pump.”  But he has also been listening to music on CD.

“I like CDs, I go for the CD Walkman, I like the sound of it. I listen to all old stuff, Everly Brothers, Sinatra, so many artists from the past. I stopped being a fan of anybody new when I started recording. I can’t do that anymore, I am too critical.”

McLean  will be touring parts of the U.S. and Ireland/England but there are no dates right now in Canada. He did say, however, that he “should do a Canadian tour, maybe seven or eight dates across the country”. In the meantime it is great having a new album from McLean. It has been far too long since his last album and this world could sure use a little chill.  Welcome back Don McLean!

Born and raised in Whitby, Aaron discovered music through his love of The Beatles. This led to a career in radio, writing for various publications, and ultimately a radio show about The Beatles (Beatles Universe), which ran for over four years. When not immersed in music, Aaron enjoys spending time with the loves of his life -- his wife Andrea, and daughters Emily and Linda (all of whom have an intense love of music too).
RELATED ARTICLES
bmgbotanical gardensdon mclean