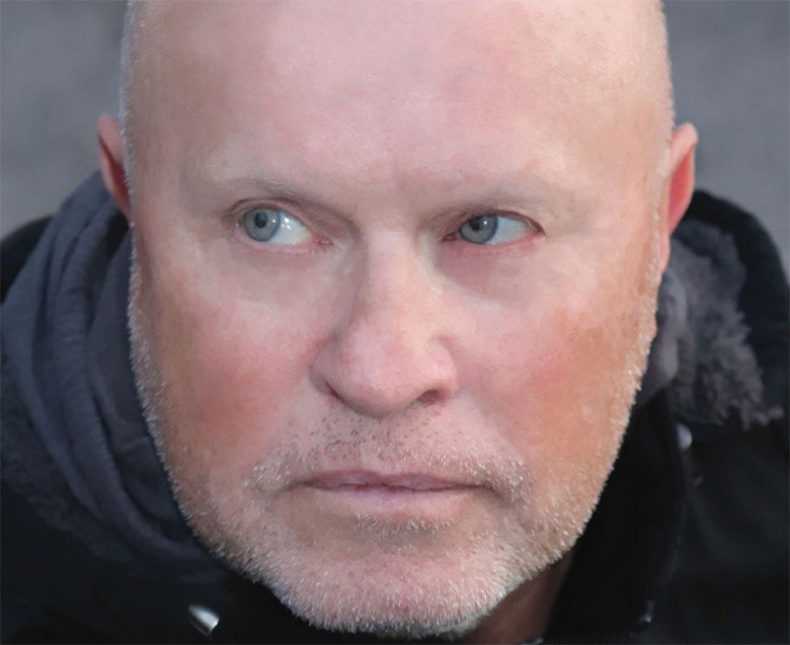 A CONVERSATION WITH MIKE SCORE OF A FLOCK OF SEAGULLS

A Flock of Seagulls was formed by guitarist and keyboardist Mike Score in 1980. He was joined by his brother, Ali (Drums); Paul Reynolds (guitar) and Frank Maudsley (bass). This is considered the classic lineup of the band, and the four of them recorded three classic albums together. Starting with “I Ran (So Far Away)” the band had a number of hit singles and enjoy world wide success. In many ways they defined and shaped the ’80s sound.

By 1986, and the release of Dream Come True, they were down to three (Reynolds had left) and following the release of that album, Mike Score was on his own with a whole new lineup to record the album The Light At The End of The World, released in 1995.

That seemed to be the end of A Flock Seagulls’ recorded work. Mike Score toured under the name A Flock Of Seagulls, with some member changes over the years. He also released his debut solo album Zeebratta, in 2014.

In 2017 it was announced that the classic lineup was reforming with the intention of recording an album, Ascension, The album is about to be released, and it is the first time since 1984’s The Story Of A Young Heart, to feature all four members. The Story Of A Young Heart is a brilliant album, and one that many fans list as their favourite. “I wanted that album to be a concept album. It was about my friend, who had killed himself. At the time, I kept it quiet.”

For Ascension, however, they are joined by The Prague Philharmonic Orchestra. “Somebody at the record company suggested the idea, of recording an orchestral album of our older songs. A person from August Day asked if we would be interested. They contacted everyone from the band. We were actually never in the same studio together. It was recorded in different studios everywhere,” says Mike Score during our recent conversation. 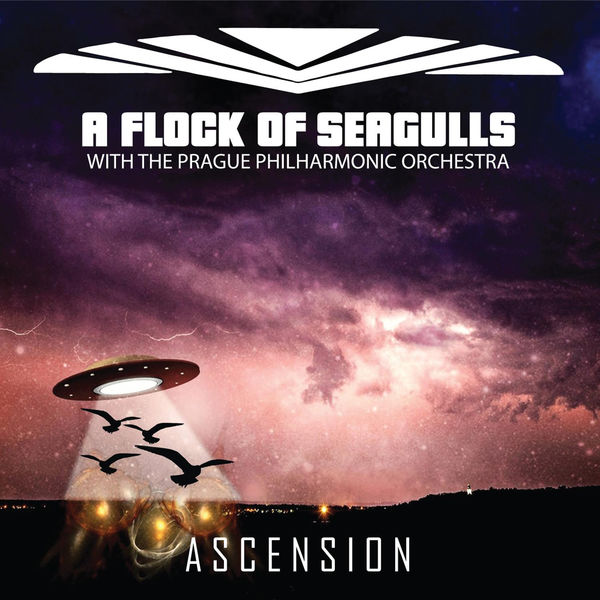 “We have not been together for 30 years, and it was a little weird. It was kind of strange playing the old songs. My favourite is “Electrics” (originally from the 1983’s Listen) because I have not played it for years. But again, it was very strange, it was like that was another band who recorded it.”

Along with the new album is a new video for the first single from Ascension, “Space Age Love Song”. For the video, three of the members were in one room together. “I happened to be in England and three of us got together. Ali was filmed in North Carolina. But that is the thing with technology today. You don’t have to be together to do a video or an album. Everything can go through the internet. Streaming makes things possible.”

Score tours extensively with a new version of A Flock of Seagulls. But rerecording the new songs is different than performing them live. “Because it was songs we knew, since we recorded them in the past, our recording went very quickly. And being in different places made it quicker too. You know there was never a time like when we are together in the same studio, and just say, ‘let’s go to the chippy’, and then record. We saved a lot of time.

“I have been through stages when I don’t like certain songs, but when you are out there to play live for a crowd the songs are all great. Someone said to me that they heard me say I hate “I Ran (So Far Away)”.  I just tell them that I hated that song on that day. But I love the old songs.”

Score has been recording for many years, and since A Flock Of Seagulls broke big with “I Ran (So Far Away)”, the music business has changed a great deal. The various formats alone draw lines. Vinyl, CDs, streaming are all formats an artist must deal with today.

“I don’t really care how music comes to me, as long as it is a good song. I would not want to be a new band trying to make today. You either go independent and play live a lot and get good at playing live, or you sign a deal with a major which is hard to do these days. I don’t have a record deal. I play live and put out records when I feel like it. 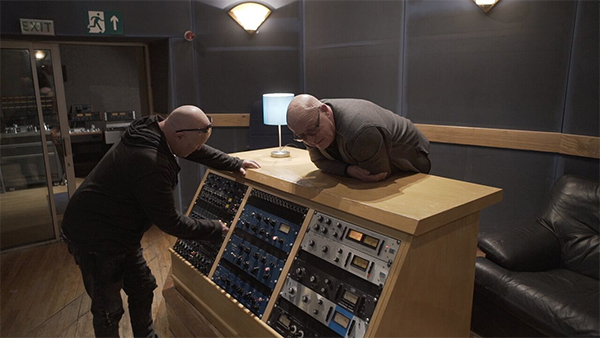 “Today, who knows. Bands don’t have MTV and there seems to be a lot less radio. There are no D.J.s anymore and whatever D.J.s are left are not given a choice. Now they just record their part at home and everything gets fed into a computer. I did an interview recently at a radio station, huge building, but when I got in there it was practically empty.”

Which brings us back to Ascension, an interesting and appropriate title for the album. A Flock Of Seagulls always wrote and recorded very leodic music, but with the orchestral treatment the melodies soar. Recording their older songs with the Prague Philharmonic Orchestra does make one think of beauty, as it is a beautiful album. “We were discussing the title and we wanted something uplifting. We wanted to bring to mind ascending to heaven, something heavenly.  The sleeve of the album has a UFO taking off, disturbing seagulls. I wanted to link it to the first album, especially since we did a lot of songs from the first album. So, it is a tip off to the first album cover and that design. I scribbled out a cover and sent it to the record company and we got the cover back.”

Perhaps it is premature, but this new album, as good as it is, is comprised of older songs, albeit in a new format. New songs, however, would also be welcome, as Score’s last studio (Zeebratta) was 2014. “I am actually halfway through my new solo album. I have about 50 songs to choose from, I just have to knuckle down and finish it. I write songs all the time.” Until the new album is finished fans will enjoy Ascension. Score is touring this summer with his line-up of A Flock Of Seagulls as part of The Lost ‘80s Tour.

“We are playing ten to twelve festivals. Ten bands on each show, topped of by A Flock of Seagulls.” And Score is happy with the current arrangement, and at this time there are no plans for the original four members to regroup for a tour or a new album. “To be honest, I would not want to put that band back together. I like the band I play with now.”

Features
a flock of seagullsascensionelectricsfeaturesi ran (so far away)listenmike scoreprague philharmonic orchestraspace age love sonewishing (i had a photograph of you)
a flock of seagulls, ascension, electrics, features, i ran (so far away), listen, mike score, prague philharmonic orchestra, space age love sone, wishing (i had a photograph of you)
About the Author
Aaron Badgley

Born and raised in Whitby, Aaron discovered music through his love of The Beatles. This led to a career in radio, writing for various publications, and ultimately a radio show about The Beatles (Beatles Universe), which ran for over four years. When not immersed in music, Aaron enjoys spending time with the loves of his life -- his wife Andrea, and daughters Emily and Linda (all of whom have an intense love of music too).
RELATED ARTICLES
a flock of seagullsascensionelectrics