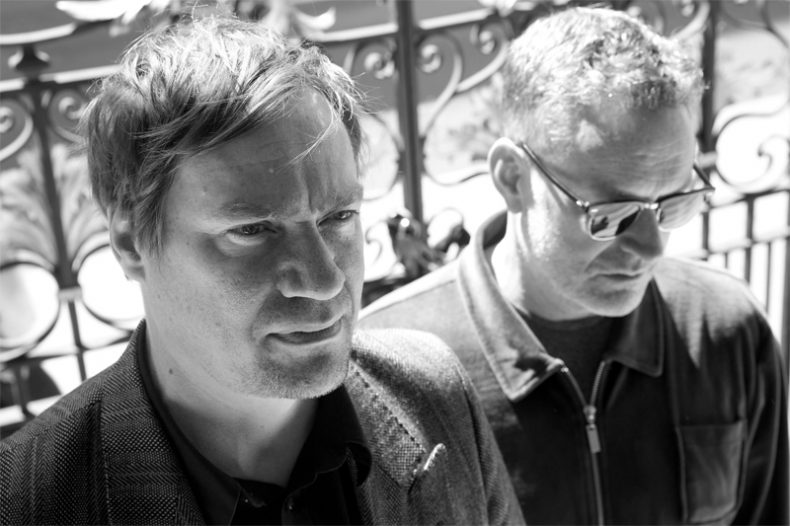 A CONVERSATION WITH FADER

While the members of Fader may not agree, the band is a supergroup.  Neil Arthur is of course from the famed Blancmange, and musician and producer Ben Edwards, aka Benge, has established himself a solo career, in addition to working with the likes of John Foxx and The Maths and John Grant. In spite of this, Arthur still insists “Ha ha! Stop it! This is not a supergroup.”

Arthur and Benge came together in 2017 and the result was their amazing debut album, First Light. They are set to release their second album together, In Shadow, a title that keeps the light analogy going. “We had decided to make the second before the first was released. We like working together,” says Arthur.

For some musicians, the sophomore album can prove to be problematic. In this case, Benge explains, “It was the opposite of difficult, it was great fun and flowed really naturally. The process on this album was like this: I often get a specific synth out and set it up in a corner of the studio, with a little FX and a recorder, and play around on it from time to time. I do this for a while and then swap over to a different synth. So I am constantly playing around on them and recording little sketches, melodies, and bass lines, et cetera.”

According to Benge, “All we had to do then was mix them and add a few synth parts and arrangement ideas, which we did together here at Memetune Studios. That part of the process is always so good, because not only do we both love being in studio together, but we could hear the album as a whole, and understand the shape it was taking.”

One thing that stands out while chatting with both members is their sense of humour. It may not always be present in their music, but it comes across clearly in conversation with them. Arthur’s report of the recording process is this: “Get up, tea, walk outside, shower, water, eat toast, coffee, work, coffee, walk, eat beans or soup (orange), work, work, work, walk, eat, drink, stop, sleep, repeat.” 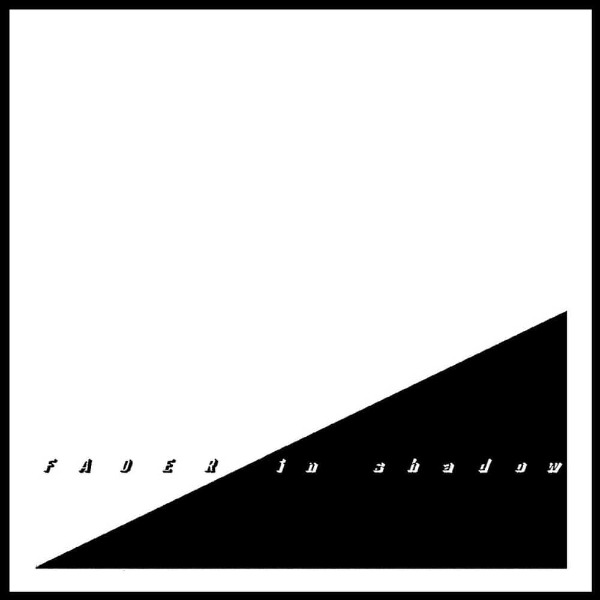 With a great deal of laughter, Benge explains, “It’s hard sometimes to concentrate in studio with so many fans jostling about outside. There are security issues with people fainting a lot. Luckily we both have helicopters on the roof if we need to pop out.”

In all seriousness though, as with the first album, In Shadow is not a concept album, however there is a theme. Arthur explains, “Most of the time the songs remain very separate and only in the latter stages of making the album do they seem to become related.”

With both musicians very busy, how do they distinguish Fader music from their other projects? “I react to the information Benge sends me and put words to his musical ideas,” says Arthur. “With Blancmange, I react sometimes to the words. I come up with music or in reverse, create music to sit alongside the words.”

“This time I realized I had about eight or 10 ideas that could be turned into songs,” adds Benge. “So I added a few drum machine parts to them and sent them over as a batch of ideas. Neil must have liked them because within a few days he started sending back rough mixes with all his amazing lyrics on them. A few weeks later we had the basis for the complete album.”

“The process had been fairly simple,” continues Benge. “And we wanted to keep the tracks short and succinct. We found the final stage of the process, the mixing part, quite simple too. And I like that aspect of the album, it gives it a kind of clarity.”

In terms of upcoming Fader performances, Benge admits, “I think it would be great fun to play it out live, but we are both so busy with other projects, most of which we both gig with. There’s only so much time! I would rather spend it making more records with Neil, so I guess you could say this is purely a studio project still at the moment… but who knows?”

Born and raised in Whitby, Aaron discovered music through his love of The Beatles. This led to a career in radio, writing for various publications, and ultimately a radio show about The Beatles (Beatles Universe), which ran for over four years. When not immersed in music, Aaron enjoys spending time with the loves of his life -- his wife Andrea, and daughters Emily and Linda (all of whom have an intense love of music too).
RELATED ARTICLES
ben edwardsbengeblanc check records

by Aaron Badgley on May 29, 2022
AN IDEA OF WHAT COLOUR SOUNDS LIKE A CONVERSATION WITH FADER Fader made their debut in 2017 with the brilliant album, First Light. The band was and is a duo [...]
9.0

by Aaron Badgley on June 23, 2017
Fader First Light Blanc Check First Light is the debut album from Fader, which is the latest project from Neil Arthur (from Blancmange fame) and Benge (Ben Edwards) who is known for his work in [...]