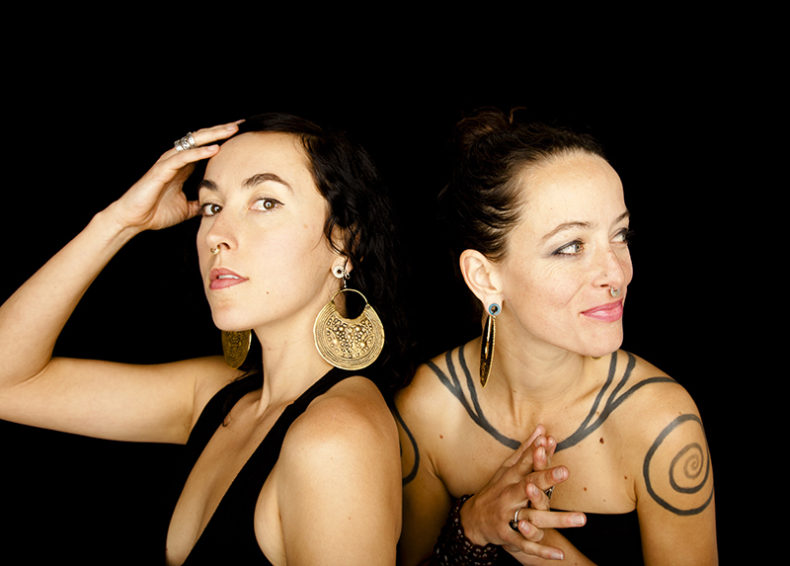 A CONVERSATION WITH LEAH SMITH

“Alive is a collection of live recorded songs from our most recent tour,” Leah Smith of Rising Appalachia, explains to me while packing for their upcoming West Coast North American Tour. “A dear friend of ours was our sound engineer. The idea came a little bit later on, after doing our own study of the recorded live songs – we wanted to listen to where the songs had arc and breathing room to see how we can amplify those pieces – that we felt [this material] captured a live energy that we’ve never been able to get in the studio. The process of listening to the live material was both flattering and uncomfortable. Some of it worked well and some of it we felt we had to fix. We picked the songs that inspired us, so the title of the album, Alive, is a pun. But it was very hard to choose just 11 songs.”

Alive is Rising Appalachia’s first authentic recorded body of live work. It features old traditional music with lush, soulful harmonies, sung by sisters Leah and Chloe Smith, with support from percussionist Biko Casini and bassist/guitarist David Brown, the two musicians who have been touring with the Smith sisters for the past five years. 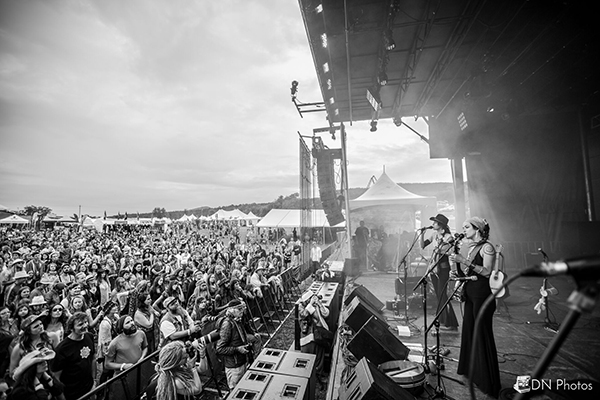 “’Cripple Creek’” is a “sexy” take on an old traditional, as explained in the beginning of the track, while “Occupy” is based off a traditional Spiritual, “Soon I’ll be done with the troubles” with Occupy-inspired lyrics worked into it. “Cumberland Gap” is the only instrumental on Alive and another traditional song.

“Stromboli” is identified as a favourite on the album.

“Stromboli’ is one that we all love very much,” Smith shares. “It is the first song that we wrote collectively and has traditional songs woven throughout it. We wrote it together when we were touring in Europe together at the base of a volcanic mountain. We called it ‘Stromboli’ as that was the name of the islands we were on.”

The Smith sisters were raised on music with their father serenading them to sleep with old Blues songs on his guitar. It is no surprise that the sisters want to use their music to address social issue. 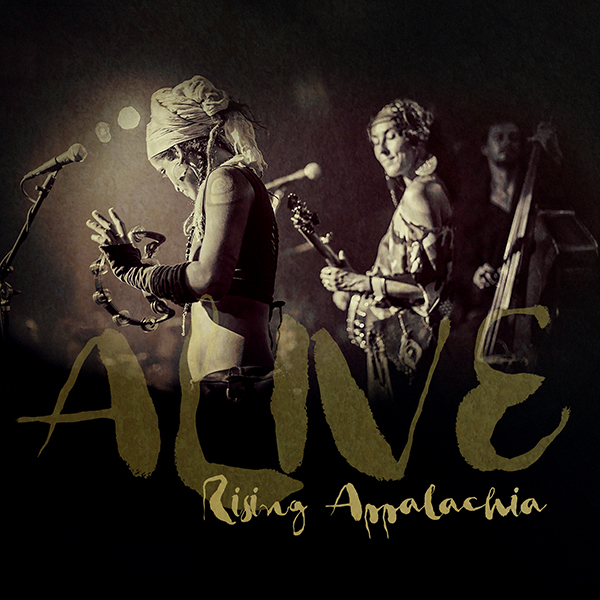 “We want to bring awareness to social justice and natural, alternative living,” Smith says. Rising Appalachia started a “Slow Music Movement” – a spin on the slow food movement – that caters to creating sonic healing in a world that is too sped up. Their concerts often focus on local grassroots initiatives they invite to set up booths at their concerts throughout the world.  “Sometimes organizations come to us, sometimes we hand pick them. We get a really wide variety,” says Smith.

“Medicine is another really important part to our beginning,” she continues. “In the early years when we were touring, we were picked up by a traditional medicinal plant community. We all have old medicine and old rituals in our ancestry. It was really inspirational for us to learn about this, and this community took us under their wing and hired us to play in events they were doing.  It inspired us to create music in an alternative way and in an alternative community. Many bands start in dive bars, which is very hard on the soul and spirit. We wanted to showcase and uplift the traditions of natural medicine to expand into more of a street medicine.”

Smith credits Rosemary Gladstar as being both a godmother to Rising Appalachia’s start, as well as the resurgence of the traditional herbal medicine movement.

This upcoming tour is bringing awareness to the Innocence project, a grassroots initiative that uses DNA testing to prove and release innocent individuals, falsely imprisoned, from jail. Leah does a lot of prison work in her now limited off time. “It’s a personal passion of mine to bring justice to our prison. I have a personal attachment to [the cause]”.

Talia Wooldridge is an avid music lover, composer and ethnomusicologist who contributes artist interviews, live concerts, festivals and album reviews for Spill Magazine. She has written extensively on the intersection of music, personal identity and cultural symbolism with an early focus on Latin American Hip Hop and female Cuban rappers. In her spare time, Talia writes, composes music and manages Music Can Heal, a non-profit that brings live, award-winning musicians to inspire healing in hospitals, hospices and communities in need. Her next project is an interactive music-travelogue exploring music cultures and music travel around the globe. Follow her here: www.taliawooldridge.com + www.movetoyourownbeat.com.
RELATED ARTICLES
featuresrising appalachia