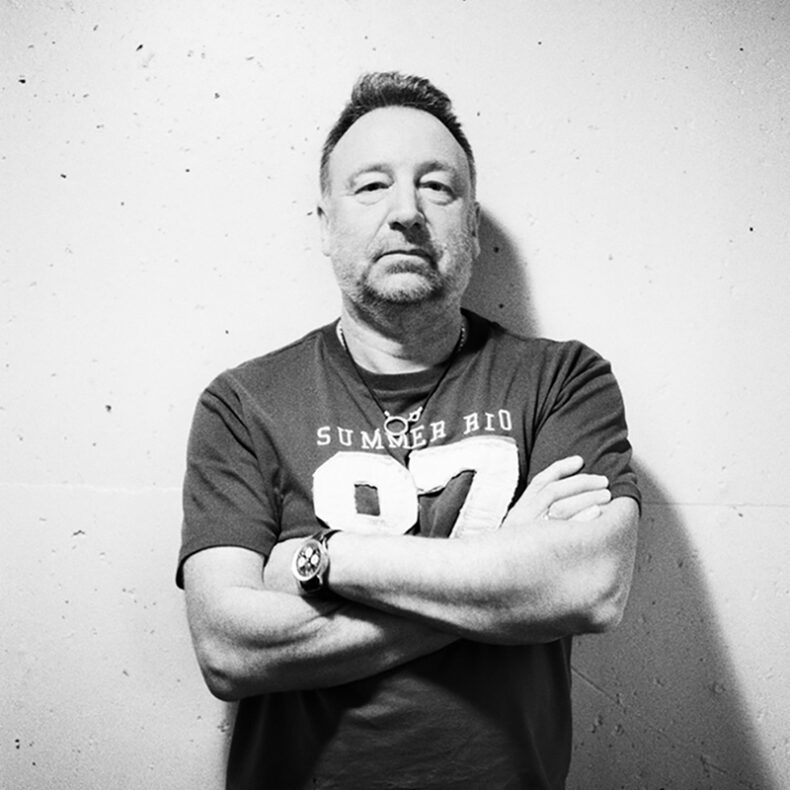 A PERFECT DISH TO SERVE

A CONVERSATION WITH PETER HOOK

Spill Magazine had a recent opportunity to speak with Peter Hook of Joy Division and New order fame prior to Peter Hook & The Light embarking on their tour of North America.

Hook is one of the founding members of Joy Division, inspired by the Sex Pistols and a reflection of the poor economic conditions that had gripped England through the late 1970s.  Although having only released two studio albums, Unknown Pleasures (1979) and Closer (1980), Joy Division has influenced musical groups such as The Cure and U2 and more recent acts such as Soundgarden, Bloc Party and Interpol.

The suicide of lead singer Ian Curtis on the eve of their North American tour lent to the mystic of Joy Division. Hook reflects that, “Oh my God, we were 20 when we wrote it [the songs]. It was written for that generation by that generation…Ian paints a very desolate picture, a very confused picture, a very intense and strong picture of life. When you are that age of 15 to 20, and I have witnessed it with my own children, it is a very puzzling, a very confusing, a very alienating time in your life and I think Joy Division’s music captured that. We did! We were pissed off and we were confused.”

As a product of the post-punk era, the music of Unknown Pleasure and Closer features the energy and anger of the punk movement combined with the brooding and haunting vocals from Curtis as he describes hopelessness, condemnation of modern society, and disconnection with the modern world.

The unfortunate death of Curtis according to Hook, “…looms large [for Joy Division]…and I suppose from a record company’s view it’s a perfect dish to serve”.

40 plus years later, Hook is serving audiences with a musical tour of New Order songs and playing the two albums of Joy Division in its entirety.  It was a tour originally intended a couple of years ago but the pandemic put a halt to the touring. Now Peter Hook and the Light are making up for lost time. 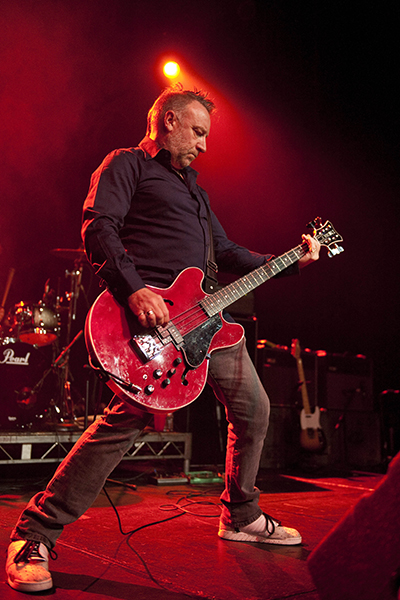 “Originally this was to celebrate forty years of Joy Division’s Unknown Pleasures and Closer because we started to celebrate and form the group to celebrate thirty year, so it was quite a milestone for us because we had been doing it for ten years and it’s gotten more successful than ever…all the stuff that we’ve booked very calmly over the last two years has all been booked into one.” Hook has been playing both large stadiums and smaller venues in a bid to honour cancelled shows. He admits that he has been a very busy boy.

Hook reflects that, “It was the oddest thing in New Order, New Order had a weird kind of attitude, in that we turned down, God, 80% of everything that we were offered down and it used to break my heart. We did very little compared to what we were offered. My wife says now that I am out and about in the real world, I’m just grabbing everything. We’ll do literally anything. If you want a supermarket opened I’m your man”

Peter Hook & The Light have no time to promote any shopping centres. Their tour takes them to three stops in Canada, throughout the United States, The Netherlands, Belgium, back to the The United Kingdom, Ireland and then off to Australia and New Zealand.

Hook has been enjoying the touring so far. He observes that Joy Division, “goes down better and better with age. It’s like a fine wine. The audiences get younger and younger which is the greatest compliment. It used to be dad’s dragging their kids along…but now you get a young audience that can get quite boisterous.”

At the time of the interview, Hook had just visited Macclesfield Cemetery, where Curtis’ ashes were buried, “What he [Ian] did hope was that for Joy Division, we would be able to go anywhere around the world, impress millions of people and blow me down, it may have taken a while, but it certainly very much to the fore. Joy Division’s influence, Joy Division’s legacy is brighter and bigger than ever.”

Peter Hook and the Light play in Toronto on August 11 and 12, Montreal on August 13 and Vancouver on September 14.

Hook is looking forward to playing North America and has his suitcase already packed.

An educator who also tries to introduce others to great music. It's a never ending job.
RELATED ARTICLES
featuresian curtisjoy division

by Gerrod Harris on July 8, 2022
BYE BYE, MISS AMERICAN PIE A CONVERSATION WITH DON McLEAN While there are countless classic albums from the ‘70s, few songs can stand as truly timeless. These [...]