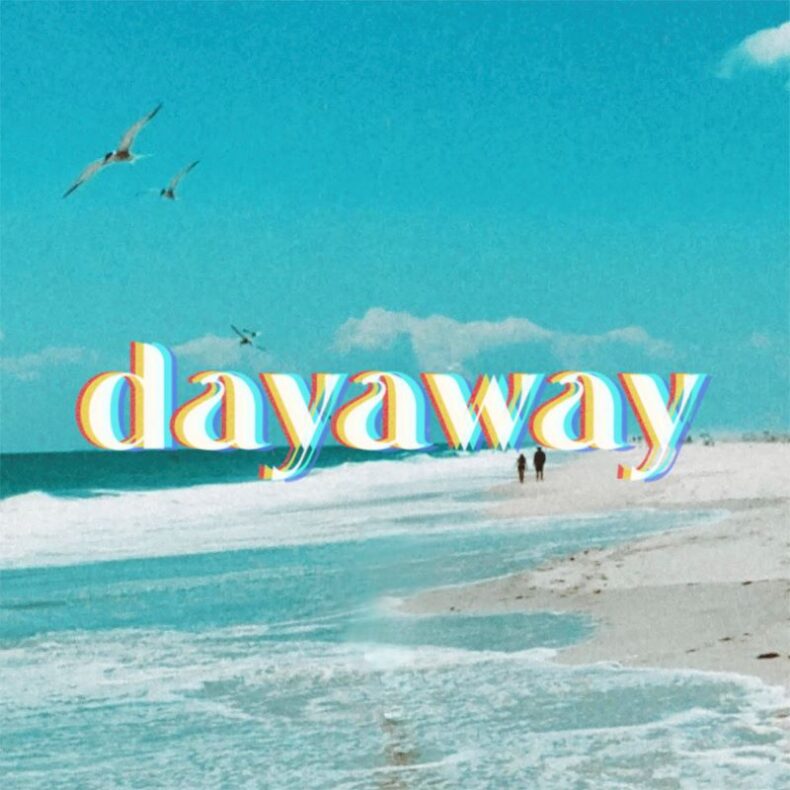 Critically acclaimed pop duo Clavvs is back with a summery bedroom pop side project entitled Dayaway, and this week, they finally share their self-titled debut EP, alongside its final single, “Summer’s End.”

Reminiscent of acts like Tennis and Hatchie, Dayaway’s nostalgic songs float over a bed of hazy guitars, wavy, psychedelic synths and dusty drums. Drawing influence from 90s and 00s indie like Rilo Kiley, Beach House, and Washed Out, Dayaway blends elements of indie pop with chillwave and dream pop, as exhibited on their new EP’s final single.

Speaking on “Summer’s End” and its accompanying video, the band wrote:

“‘Summer’s End’ is the final song on the EP, and it’s essentially a goodbye. It’s about finding peace with change and being grateful for fleeting moments, even while you’re sad to let them go. The video is meant to capture summer in New York. It’s like a retrospective of summer memories and all the things we love here.”

Continuing on their brand new EP, the band wrote:

“This project started as a sort of accident. I was sitting on the beach on a late summer day in 2018 when I felt compelled to start writing these summertime love songs. They came to me so quickly and all at once. These are vignettes of love and loss from my imagination and my life. They’re meant to capture the feelings of summertime, from the hot blue euphoria to the hazy golden sadness. On one level, they’re simple love songs, but there’s also something a little deeper about growing up and saying goodbye.”

Dayway’s debut single “Cool Water” has racked up over a million Spotify streams since its release in March, landing in playlists like New Music Friday, Good Vibes, and Golden Hour, among others. Songs from the EP have been featured in the Netflix film Hello, Goodbye, and Everything in Between as well as ABC’s A Million Little Things. Other highlights include a Hype Machine number one for “Desert Island” and a placement in Spotify’s Surf Rock Sunshine for “Beach 90th.”

The Dayaway EP is out tomorrow via all DSPS. Stay tuned for more music coming soon.

by SPILL NEW MUSIC on August 10, 2022
QUEENS & KINGS – “TESTIFY” A SPILL EXCLUSIVE VIDEO PREMIERE Closely following on the heels of the release of their new single “Testify”,” Toronto-based [...]