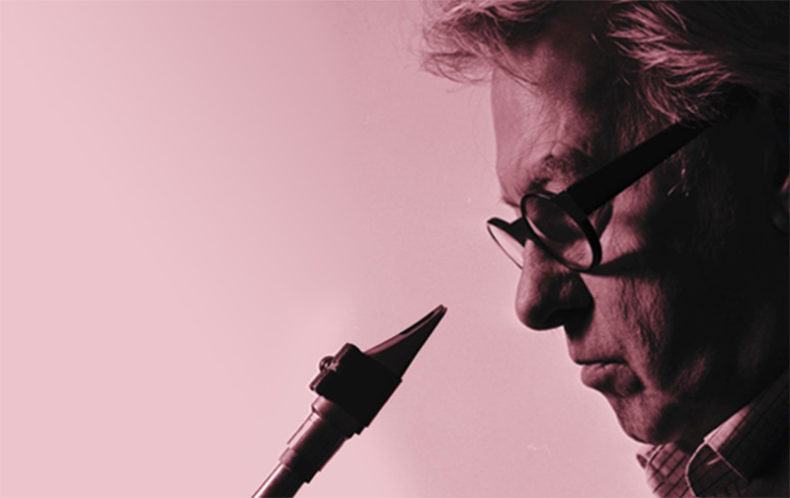 Andy Mackay, one of the most important musicians in the world, has returned to his solo career after several years, and he has done so in a big way. Although he may be more famous for being a founding member of Roxy Music and providing their saxophone and oboe (among other instruments over the years), he has also carved out quite a solo career.

In 1974, when Roxy Music were at topping the charts, he released his first solo album, In Search Of Eddie Riff,  an album so far ahead of its time it is now getting the respect and regard it deserves. This was followed with Mackay writing and performing the music for the hit British series Rock Follies. Two albums of music would be released. The first album had a top ten single (“Ok”) and the album itself reaching number one in the U.K. Mackay’s second proper solo album, Resolving Contradictions was world music without being designated as such, and has had a lasting impact in the music world. By 1979, Roxy Music had regrouped, and his solo career was somewhat set aside.

After Avalon, Roxy Music took yet another hiatus, and Mackay and Phil Manzanera formed the overlooked and underrated band The Explorers. This would lead to the band being rebranded as Mackay and Manzanera. Those albums are well worth searching out as they sound as fresh today as they did 30 (!) years ago. In 1989 Mackay formed The Players, who released one of the best Christmas albums (Christmas)  this side of Bing Crosby.

The 2000s saw Roxy reform for tours and live albums and Mackay return to solo music, first in 2004 with the remarkable SAMAS Music For The Senses and in 2007 forming Andy Mackay +The Metaphors (London! New York! Paris! Rome!).

“I quite like that album. I hope to re-release it next year. I have a label now, time to tidy up my catalogue, make it available. One of the advantages to streaming is you can make music available. You don’t get paid for it, but it is available.

“There is only so many types of solo albums you can create featuring the sax. Either you do jazz albums or you do kind of an instrumental album that comes off as elevator music. My hero is King Curtis, and he was a session player, but he did solo albums where he tended to cover hits on the sax which works pretty well but it is limited with what you can do. I have always tended to make my solo albums, not so much about just playing the saxophone, but about  other instrumentation. The only project devoted a lot of time to was The Metaphors, which I was to take on tour, but for various reasons was unable to do that. That is where I would have worked on my improvisation playing a bit more. But I like the sax being part of the greater whole, and in the 3 Psalms, it works pretty well.”

Mackay is referring to this new project, 3 Psalms, which shows Mackay going off into a whole new direction. 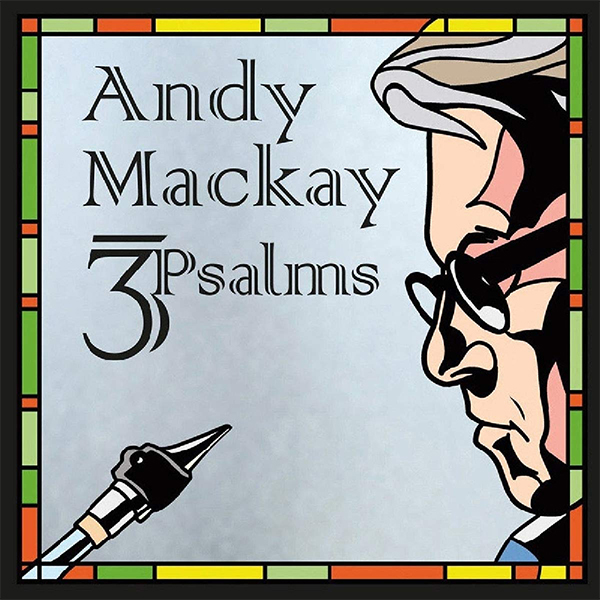 “I started working on this idea a long time ago, in the 1990s, mid 1990s, as a more experimental originally and turned into something else. I worked on it up to the 2000s. The demos were done around 2000.  Then Roxy started touring in 2001, and I had to shelve it for a while. Basically it is a three movement symphony, well moderately-based movements. The movements go from despair and end into joy and hope. It features a joyful last movement.”

“It is basically my album, using a small group of London musicians, and we recorded it in Phil Manzanera’s studio in North Hampton. We recorded for about 18 months, with gaps, then I found a choir in South Hampton, an amateur choir, but I quite liked their style.We used the Philharmonic Orchestra in Prague, and it is a lot cheaper than recording in London. A lot of film soundtracks are recorded there, they are great musicians. The vocals are by Harry Day Lewis. I had seen him perform in  an acoustic group, and he has a fabulous voice and I did consider getting a different singer for each psalm, which would have been nice in some ways and commercially, but I think it would overpowered, as a vehicle for the singer, rather than the voice being another instrument. Harry delivers the words so well, and the words are very important. Also you have tackle Hebrew and Latin and he managed that very well,” says Mackay.

Hebrew and Latin are languages not found in many new recordings.

“I quite like the idea of Hebrew, it was an idea that came late in the project,” says Mackay . “We tried translating from Hebrew into English, the Psalms were originally written in Hebrew, but it worked better in the Hebrew. It was a nice way to acknowledge the historical side. It is also a beautiful language to sing in. Latin I used, because, surprisingly it is much more precise than English.

“It is not a religious piece, although it can be taken in that way. I used the Psalms because it was dealing with general human questions, not specifically Christian ones.”

The end result is nothing short of magnificent, and Mackay will be debuting the work, live, on November 26 at Queen Elizabeth Hall in London. The show will include 3 Psalms in its entirety and :Roxymphony”, Roxy Music songs performed by an Orchestra. It is being filmed for a future release.

“We are filming the event, and hope to have that out soon.”

The album, 3 Psalms, is released on November 23, 2018. It is a stunning work, and Mackay hopes people will listen to it and take their own meaning from it.

“First of all, I hope people listen to it as an album. I hope the musical enjoyment, enjoy the music. The album is found in different categories. I want people to listen to it, people who don’t necessarily enjoy a lot of music are enjoying it. The religious message gets through to people, people who have lost a parent or someone, they do relate to it as a contemplation. But, in the U.K. I am not presenting it as a religious album.”

Born and raised in Whitby, Aaron discovered music through his love of The Beatles. This led to a career in radio, writing for various publications, and ultimately a radio show about The Beatles (Beatles Universe), which ran for over four years. When not immersed in music, Aaron enjoys spending time with the loves of his life -- his wife Andrea, and daughters Emily and Linda (all of whom have an intense love of music too).
RELATED ARTICLES
3 psalmsandy mackayfeatures
9.0