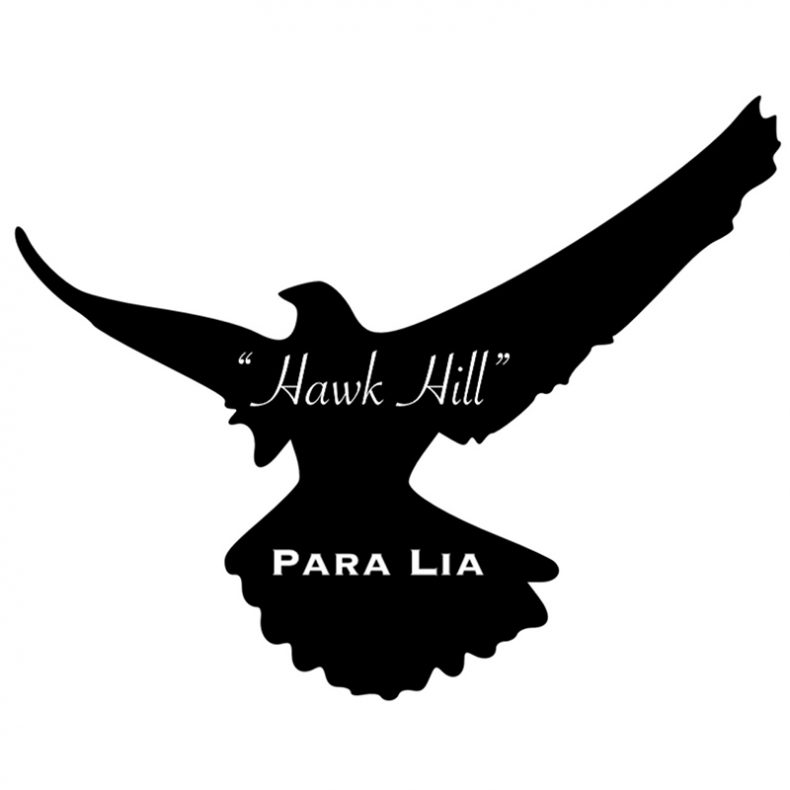 Today we are pleased to present the premiere of the new ‘Hawk Hill’ EP from German indie rock duo Para Lia. The three tracks included here are definitely worthy of your ears and time. Para Lia’s sound thrives on the echoes of long-known altrock bands like Pavement, The Chameleons, and Ireland’s nearly-forgotten postpunk gems Blue in Heaven. At the same time, there are some strings of similarity with modern bands like The Last Shadow Puppets and Fontaines DC.

Para Lia is the husband-wife union of René Methner (all instruments and vocals) and Cindy Methner (backing vocals). In addition to the title track, this special Bandcamp edition features the tracks ‘Over It (single version)’ and ‘On My Way Home’. Together, these tracks represent a striking and laudable effort by this couple with harmony and balance in their music, especially when they sing in tandem.

Para Lia is an indie/ alternative rock duo based in Cottbus (near Berlin), influenced by the rhythms and tones of ‘90s alt-rock and the synth density of ‘80s darkwave.. Their own sound blends melodic guitars, along with distinctive lead guitar and resonant synths.

René Methner was raised in the eastern part of a divided Germany. Learning acoustic guitar from a young age, he finally hooked up with like-minded musicians upon moving to Cottbus for university, forming his first band and moving on to various other bands in the 90’ and 00’s – as guitarist, songwriter, and frontman.

While Methner began composing earlier, Para Lia first presented their music publicly in April 2018. “In 2017 I felt something inside musically and the inner need to let it out. So I started to write songs again… She makes me feel complete, we are soul mates. So it also feels in our music,” explains Methner. Around that time, Cindy came into his life and the couple transformed into a marriage and the musical tandem we know today as Para Lia.

“Para Lia is the most intimate music project I ever made. It is just everything I was breathing in with regards to music influences in the past few decades and my personal musical development over the years… what I ultimately breath out is Para Lia. For me, a song is beautiful if it radiates something special. I love good melodies and a loud and crunchy wall of sound, combined with gentle harmonies,“ says René Methner.

“Hawk Hill is about my love/hate relationship with the small insignificant town of Falkenberg, where I spent my childhood. In German, ‘Falke’ means hawk and ‘Berg’ means mountain. But in fact Falkenberg has no hawks or mountains. The words ‘Hawk Hill Lane’ popped into my head one day while working on a guitar riff – it was a ‘Penny Lane’ moment, reminding me of the street I walked down every day to go to school. The vocals reflect today’s view on a town with the same fate as many small towns in rural East Germany,“ says René Methner. ”

After big political changes in early 90’s Germany, many jobs were lost, youth moved out, schools and cultural centres closed, the cash flow stopped and small towns like Falkenberg fell dormant – kind of like a dead end street. You still can smell the fragrance of the past. Both Cindy and I grew up in Falkenberg and even lived on the same street, but we never met back then. We met years later and understood that we’ve walked the same streets and shared the same roots – a great good omen for walking hand in hand into the future.”

Para Lia’s music was influenced by Sebadoh, The Notwist, Dinosaur Jr., Motorpsycho, Pixies, Interpol, and Neil Young, not to mention the garage rock sound of the mid-1960s from bands like The Who, Creation, and The Eyes.

The band released their 10-track debut album ‘Soap Bubble Dreams’ in March 2019. Both this and the new EP can be obtained via Bandcamp at https://paralia.bandcamp.com.

Also check out their latest video for ‘Higher and Away’

by SPILL NEW MUSIC on September 23, 2020
of1000faces – ASTRONOMICA A SPILL EXCLUSIVE ALBUM PREMIERE While it doesn’t frequently happen that a well-known artist, known mainly for his contributions to the alternative, pop [...]

by SPILL NEW MUSIC on September 18, 2020
HELL BOULEVARD – NOT SORRY A SPILL EXCLUSIVE ALBUM PREMIERE We do feature a good amount of European artists here at The Spill Magazine but, admittedly, we are rather low on [...]

by SPILL NEW MUSIC on September 16, 2020
ANTON BARBEAU – MANBIRD A SPILL EXCLUSIVE ALBUM PREMIERE If you’ve been around a while and your finger is constantly on the pulse of the music scene (in this case, the US, British [...]