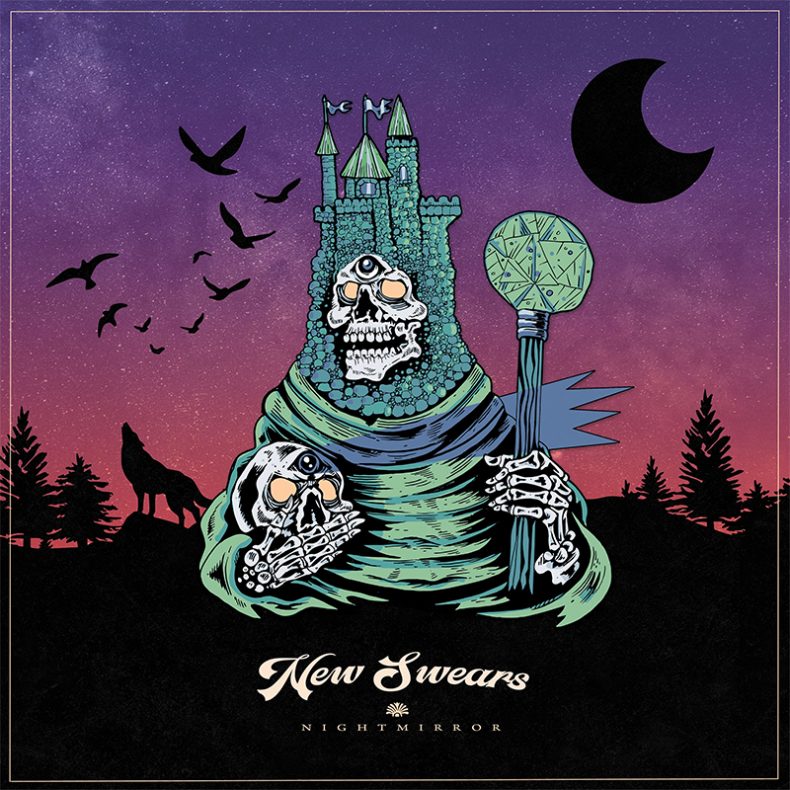 Formed in Ottawa, ON in 2012, New Swears consists of four original members Stoney, Nick Nofun, Sammy Scorpion, Beej Eh, and new addition Handsome Mike. The upcoming album features some of the band’s most finely crafted songs and explores topics of inner-reflection. Self-produced, New Swears’ fourth full-length LP, Night Mirror, could be considered a bit of a departure from their critically acclaimed 2017 Dine Alone release And the Magic of Horses but that shouldn’t surprise anyone who follows them. One thing that has been consistent since the band’s debut is their unpredictability. While holding true to their DIY ethic and punk roots, they continue to diversify their sound as they seamlessly venture into campfire-style country ‘feels’, showcasing killer vocal harmonies, and introducing pedal steel and harmonica to the mix.

“Bells Corners is a magical little place where we all grew up and met each other. The song is a nostalgic look back into the simpler times of skateboarding, bonfires, making movies, music and not giving a fuck. This video was created with over a decades’ worth of footage we had from filming ourselves as we grew up, all shot in Bells Corners.”

by SPILL NEW MUSIC on September 27, 2022
ASYLUMS – “INSTANT COFFEE” A SPILL EXCLUSIVE VIDEO PREMIERE Asylums have been quietly building an impressive back catalogue of albums since the release of their debut [...]