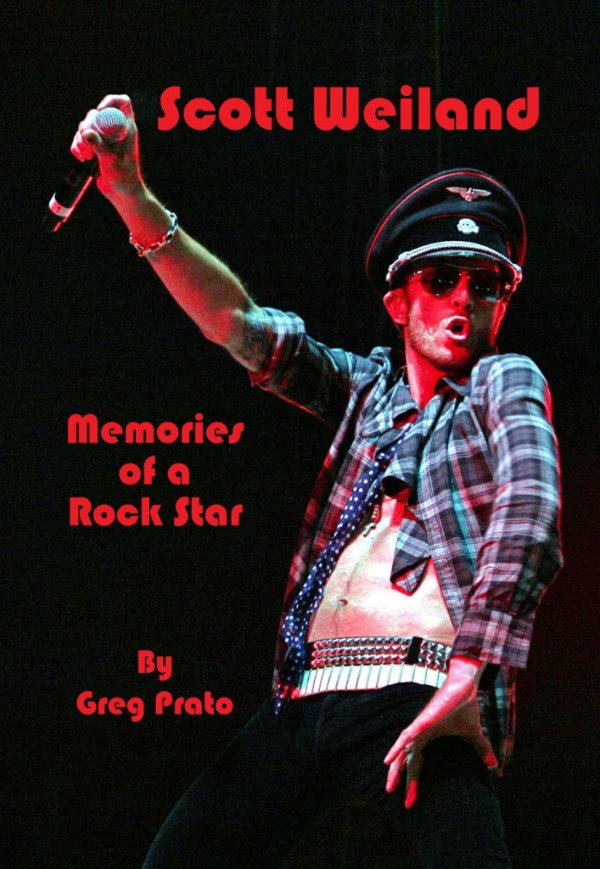 From late 1992 and throughout the remainder of the decade, if you spent any amount of time watching MTV or listening to rock radio, you were bound to come in contact with a tune by Stone Temple Pilots. With such classic releases as ‘Core,’ ‘Purple,’ and ‘Tiny Music…Songs from the Vatican Gift Shop’ selling millions and spawning countless hits (“Sex Type Thing,” “Plush,” “Creep,” “Vasoline,” “Interstate Love Song,” “Big Empty,” “Big Bang Baby,” etc.), STP is now widely considered one of rock’s all-time great acts.

And during this time, there were few rock frontmen who commanded an audience and generated as many headlines as Scott Weiland. Despite fronting another successful band, Velvet Revolver, and issuing his own critically acclaimed solo albums, Weiland could not overcome his demons – passing away in 2015 (at the age of 48).

Greg Prato is a Long Island, New York-based journalist, who has written for Rolling Stone, and has authored such books as ‘A Devil on One Shoulder and an Angel on the Other: The Story of Shannon Hoon and Blind Melon,’ ‘Grunge Is Dead: The Oral History of Seattle Rock Music,’ ‘Too High to Die: Meet the Meat Puppets,’ and ‘Survival of the Fittest: Heavy Metal in the 1990’s.’ ‘Scott Weiland: Memories of a Rock Star’ is his 18th book overall.

The Spill Magazine is a Toronto-based online publication dedicated to covering the independent music scene with a strong focus on our thriving hometown talent. Our writers bring you up-to-date news, in-depth features on musicians and reviews for the latest CD releases. We also travel to the front lines for all local festivals including Canadian Music Week and North by Northeast. Don’t forget to check out our Facebook and Twitter pages for all daily Spill updates.
RELATED ARTICLES
booksscott weiland