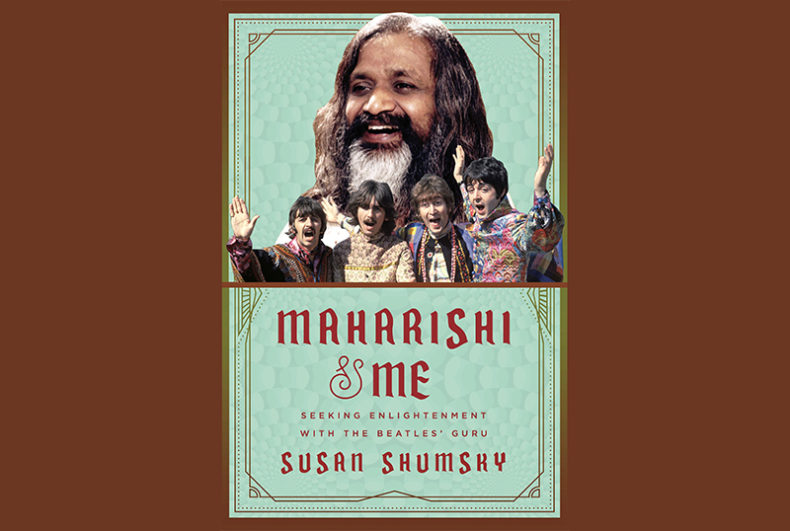 SUSAN SHUMSKY – MAHARISHI & ME: SEEKING ENLIGHTENMENT WITH THE BEATLES’ GURU

With the success of the recent reissue of The Beatles (The White Album), this book will be of interest to Beatle fans who are interested in the origin of some of the songs from that album. Susan Shumsky was not with The Maharishi while The Beatles were there in 1968, but she does have a great deal of insight, due mostly to the length of time she studied with and worked for Maharishi Mahesh Yogi.

This book has a great deal more to offer than just The Beatles connection. This is a memoir written by Shumsky of a definite time in history and spiritual growth. It is safe to say that Maharishi would not have garnered the attention he received were it not for The Beatles, and whether he or his followers like it, he is forever connected with them. Hence the title of the book.

Maharishi Mahesh Yogi existed before The Beatles became interested in him, and he continued on long after they left him (although Harrison never really left him). This book goes into detail about life with Maharishi and life in his inner circle.

Shumsky gives it all to the readers, all aspects. He may have been a spiritual leader, but in the end he was mortal, with his own failings and imperfections. This is Maharishi, warts and all. He loses his temper and can be quite the perfectionist. Shumsky has a beautiful, non-judgmental style of writing. She writes in a very matter of fact style and she is honest to a fault. This is her story and her explorations, and it is a treat to be allowed into her private world.

She addresses many stories of The Beatles and their connection to Maharishi. She offers a different view as to why they left his compound in 1968 without completing the course, and brings in details of John Lennon and Yoko Ono turning up in Spain. She also addresses the origins of some of the songs that found their way onto The Beatles.

This is a beautiful book, written by a very talented author. It is well worth your time and attention. Although, not about The Beatles, it is a welcome addition to their ever growing library.

Purchase Maharishi & Me: Seeking Enlightenment With The Beatles’ Guru Via Skyhorse Publishing HERE