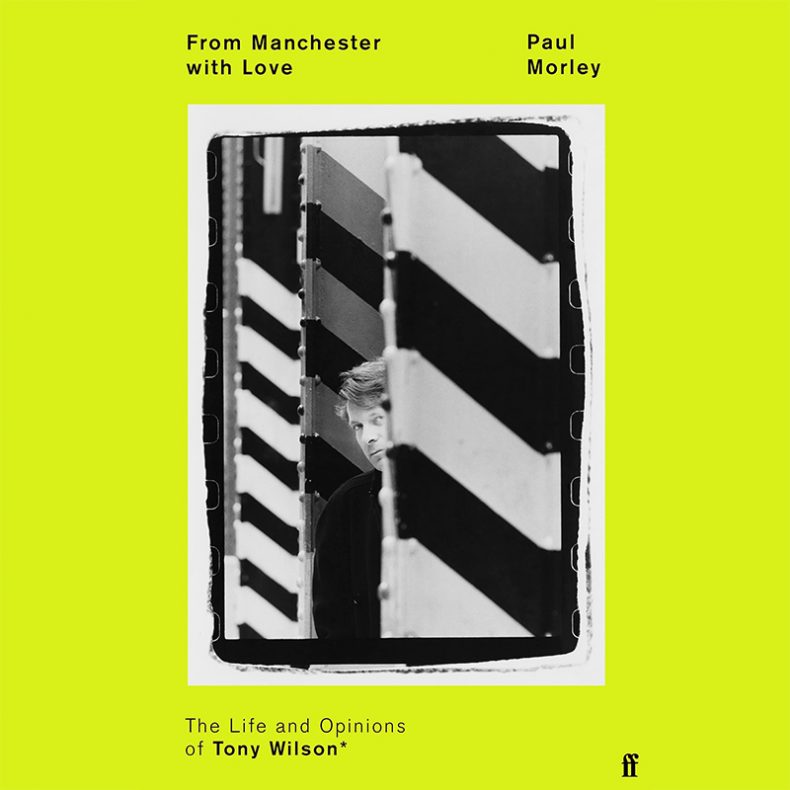 PAUL MORLEY – FROM MANCHESTER WITH LOVE: THE LIFE AND OPINIONS OF TONY WILSON

Tony Wilson was the co-creator of Factory Records, who are best known for releasing Joy Division, New Order, and Happy Mondays albums. He is also a television presenter and reporter, and co-director of Hacienda, a post-modern nightclub in Manchester, England.

Wilson and Factory colleagues Rob Gretton and Erasmus used the proceeds from Joy Division and New Order record sales to fund the Hacienda, situated in a former yacht builder’s shop and warehouse. Wilson and members of New Order served as directors of the club, which eventually closed in 1997, but not before leaving its mark on the music scene: one particularly noteworthy performance involved Einstürzende Neubauten drilling into the walls surrounding the stage.

Wilson was also known for his work as a reporter and presenter with Granada TV. Granada itself was a piece of music history, in that they were “broadcasting rare, exhilarating music shows that influenced local sensibility and excited national interest.”

In From Manchester with Love, Paul Morley describes how the story he recounts fits in with other goings-on of the day. Making use of direct quotes from some who knew him, he provides first-hand opinions from those who were there. Morley additionally offers personal insights into his thoughts and ambitions.

Morley, an acquaintance of Wilson’s for 34 years, does a really good job of setting the stage for the story he’s recounting, fulfilling a request from Wilson himself. This book can be enjoyed and appreciated by anyone, certainly, but he does go into great detail – -600 pages worth —  that might be more appreciated by a hardcore Factory Records fan or music history buff.  There are a great deal of historical and societal references, making the reader’s job easy with regards to making connections between the events in the book and happenings of the day.

Purchase From Manchester With Love Via

Kathy Nichols, from the land of cheese and beer, has been writing off and on since elementary school. Her passions include hugging trees and trying to make a positive difference in the world, to which end she completed a degree in Mass Communications coupled with Environmental Science. Kathy appreciates all types of music, mainly industrial and punk and the like (especially bands who use their fame and fortune to try to make social or political statements), but with a little bit of Beastie Boys and Billie Holiday thrown in to switch things up a bit. She is the owner and CEO of www.industrialstrengthpublicity.com and enjoys long walks on the beach and (skinny) puppies.
RELATED ARTICLES
bookstony wilson