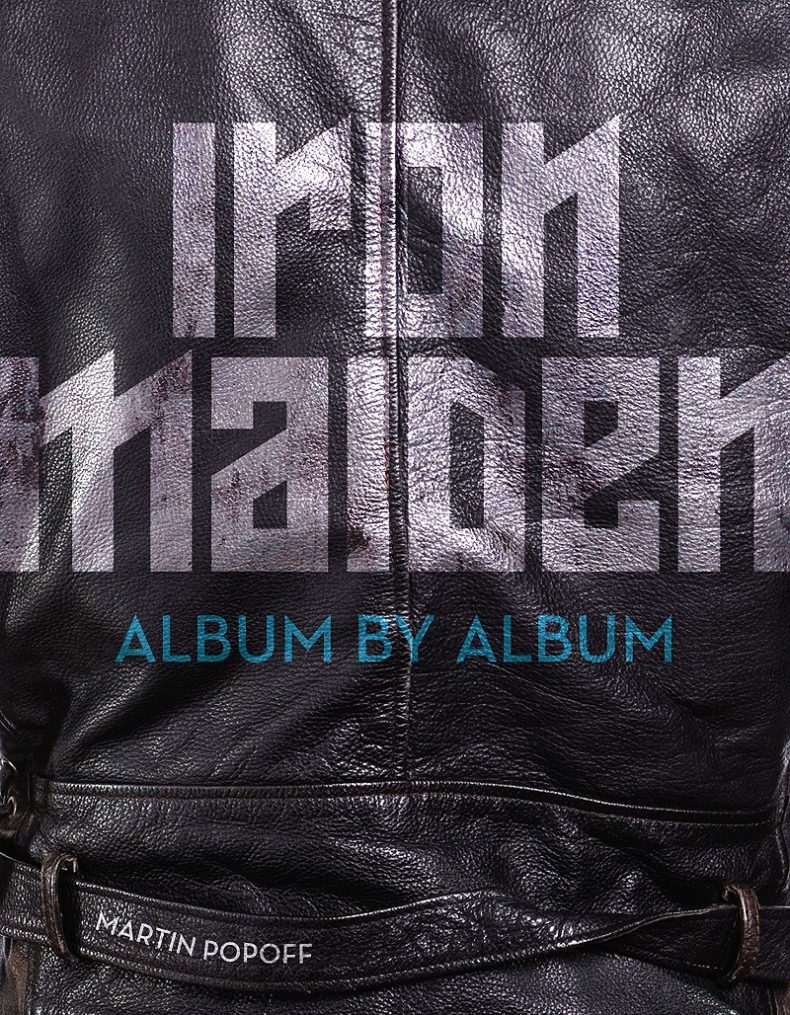 Having now read a handful of Popoff’s books, Iron Maiden: Album By Album was the first instance where I was not a huge fan of the artist he chose to examine. His past explorations of Pink Floyd and Led Zeppelin connected with me instantly and had me learning more about bands that I have listened to all my life. As far as Iron Maiden goes, I can appreciate their work, I enjoy their greatest hits, and I understand their contributions and innovations to rock and metal, but I have never been all that much of a fan. What I enjoyed about this book was Popoff’s discussions and use of rich illustrations – consisting largely of a collection of album/single art, tour posters, and photographs – felt accessible to a non-fan such as myself. Rather than feel lost on the subject matter, I was able to jump right in and see Iron Maiden through the eyes of those who felt such a connection to their work.

Like all of his work, Popoff enters the field from a position of passion. As a lifelong fan he seeks to better understand Iron Maiden by working with the likes of former Dream Theater drummer Mike Portnoy, Alice Cooper guitarist Nita Strauss, and one time Maiden vocalist Blaze Bayley among others. While Popoff certainly does a great job guiding these discussions to uncover the ultimate importance – musically and socially – of each album, Iron Maiden: Album By Album is enhanced by through his choice of collaborators. It is, for example, quite interesting to hear Bayley recount his time singing some of Maiden’s most classic work – although it his absence in the chapters dedicated to The X Factor and Virtual XI is curious – just as Strauss brings a level of insight from her time in The Iron Maidens, an internationally recognized tribute band that has toured extensively across the globe. The discussions he hosts are rich and overflowing with an honest sense of love and appreciation for the music, ultimately making for a great read.

Iron Maiden: Album By Album is yet another great entry from Popoff – his fifth this year – as he dives deep into the history and music of one of heavy metal’s most acclaimed bands. Iron Maiden are, without a doubt, titans who not only re-established metal for a new generation, but set the bar for what was to come, and Popoff is able get to the root of just why this is in a manner that is entertaining and beyond thorough as he consults the expertise of a number of people, allowing for the book to flow and progress in a natural and organic manner that takes into account multiple perspectives. Iron Maiden: Album By Album is a must read for lifelong fans of the band along with metalheads of all sorts that will certainly spark the desire to flip through their extensive discography.

A passion for music has always been a part of Gerrod’s life. As a young boy, he was raised on a steady diet of the music from The Chili Peppers, Aerosmith, The Stones, Prince, and others from his mum. Raised in the GTA, Gerrod continued to foster his love for music by attending a wide range of concerts and learning the drums. His unapologetic passion for music has no bounds and has spread to a wide variety of styles, whether it be the 90’s rock that sound tracked his teenage years, the jazz he studied in university, or his newfound love for hip-hop. He recently received his bachelors in music and education from York University and is passionate about writing and reviewing good (and less than good) music. Gerrod is also the drummer and songwriter for a Toronto based rock & roll band, One In The Chamber.
RELATED ARTICLES
booksiron maidenmartin popoff