SPILL BOOK REVIEW: JOHN BARROW – HOW NOT TO MAKE IT IN THE POP WORLD (DIARY OF AN ALMOST HAS-BEEN) 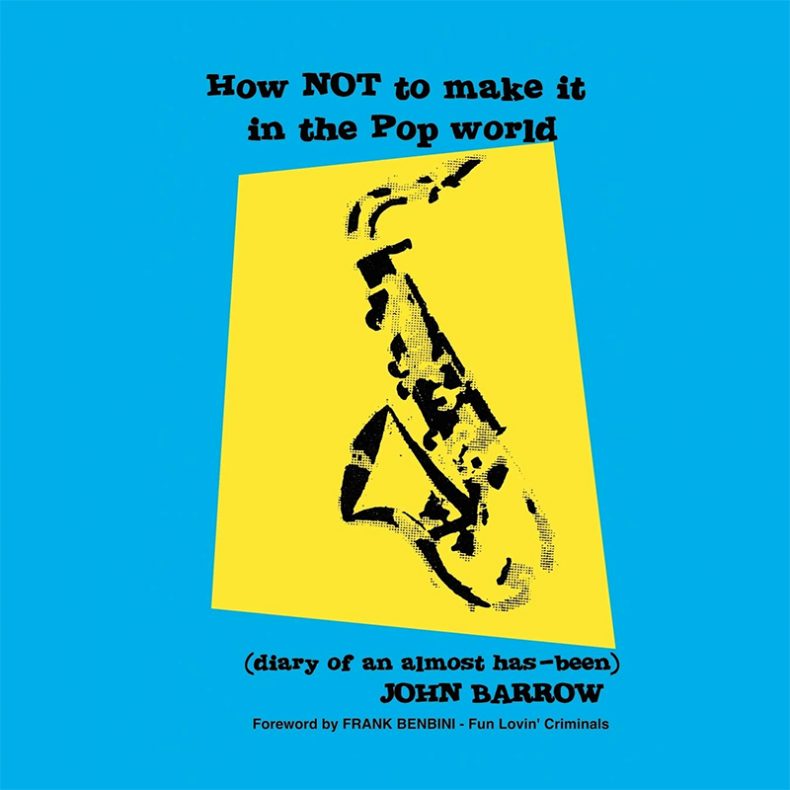 As a self-described “journeyman of pop,” John Barrow certainly fits the bill, being a former freelance tenor saxophone player for such well-known ‘70s and ‘80s UK bands as Fun Boy 3, and Boy George & Culture Club, and opening live shows with one of his own obscure bands (Sister Big Stuff, The Black Gorillas, The Swinging Laurels), for iconic acts such as The Clash, and Iggy Pop.

However, dominating Barrow’s life throughout his more than 30 years in the music business, is bad luck, disappointment, bad timing, and experiencing first-hand what is known as “the record executive turntable.” Every so often, he encountered near misses and possible fame and fortune with the various somewhat obscure bands he was a part of over the years.

Growing up in Leicester in the Eastern Midlands of England in the 1960s, Barrow had a front row seat to the worldwide British music explosion led by The Beatles and Rolling Stones, and like many young men his age, picked up playing a musical instrument as a way to pick up girls.

The book is filled with tales of band camaraderie forged while endlessly touring in a broken down unheated van to countless obscure destinations throughout the UK (along with a few side trips to Berlin), for some unmemorable gig or other, while making virtually nothing but gas money, all in pursuit of “the dream” – the elusive record deal.

In summation, although it is an interesting read, if ever I wanted to discourage anyone from getting involved in the music business, or joining a band, getting them to read this book might be a good place to start.