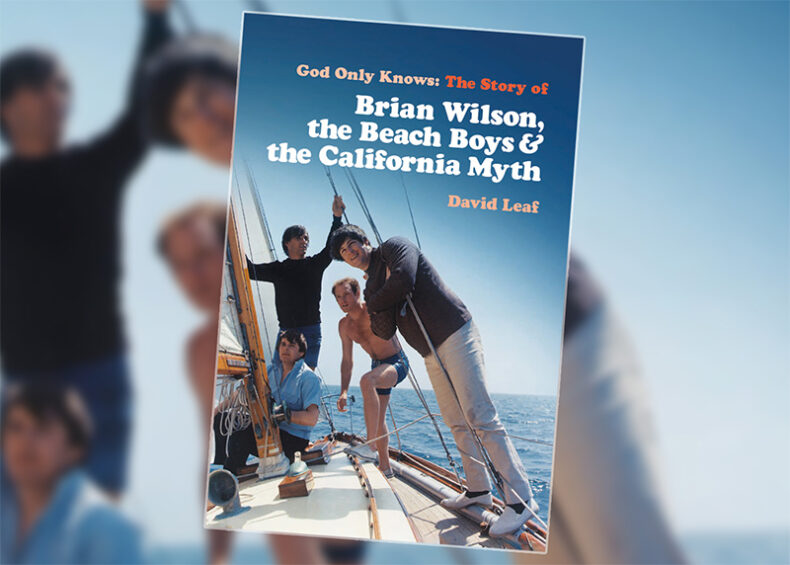 DAVID LEAF – GOD ONLY KNOWS: THE STORY OF BRIAN WILSON, THE BEACH BOYS & THE CALIFORNIA MYTH

There’s rarely a band around which has more things written about it than The Beach Boys. And the range is practically infinite – from gossip articles and obituaries to voluminous books and academic studies.

Part of those is focused on the band’s original mastermind and songwriter Brian Wilson, and his both released and originally unreleased masterpieces Pet Sounds and Smile. The latter is probably one of the biggest legends/myths in modern music. After all, that ‘album’ was a part of over 20 (and counting) recreations by fans and other artists (including Wilson himself).

Yet, practically all of those works, particularly books, usually focus on one aspect of The Beach Boys music or happenings (and there were so many) within the band, and in most cases, very strong opinions both about the music and the characters involved.

Leaf originally released the first version of this book in 1978, not a particularly a great time for either The Beach Boys or Brian Wilson. While nobody at the time disputed Leaf’s factual account, as he obviously had access to all the key (and no so key players), many critics criticized his fan stance and his focus on Wilson.

Yet, as Brian Wilson’s stature and recognition of his significance to modern music grew, that fan stance obviously spread, and Leaf updated the book first in 1985, and then now, as he puts it “this reminiscence is a celebration of Brian’s 80th birthday.”

This edition includes exclusive contributions from Sir Paul McCartney, Sir Barry Gibb, an introduction from Jimmy Webb, notes from Melinda Wilson, the original version of the book, its 1985 update as well as eight new chapters.

Fans and devotees probably already snatched a copy of this book (in any or many of its shapes and forms), while for the uninitiated, this is exactly the place where they should start with The Beach Boys and Brian Wilson sagas.

Purchase God Only Knows: The Story Of Brian Wilson, The Beach Boys & The California Myth Via

Formerly a lot of things, including a journalist and a translator, currently a freelance writer living in The Netherlands.
RELATED ARTICLES
booksbrian wilsongod only knows