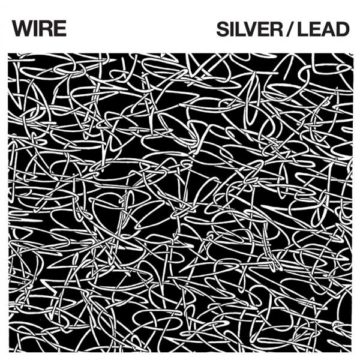 2017 marks the 40th anniversary of the first Wire album, Pink Flag, one of the most influential albums of the last 40 years, and certainly the most important “punk” album ever issued.  It broke new ground musically and lyrically.   Wire crashed into the music world setting their own pace and making their own rules.  Forty years and 14 studio albums later (15 if you count The First Letter) and they continue to make their own way.

Silver/Lead is an incredible album, not their best and truly they are not breaking any new ground, but it is an incredible album nonetheless.  Three of the four members are present and accounted for (Bruce Gilbert left in 2006 and was replaced in 2010 by Matthew Simms, who made his debut on Red Barked Tree) and perhaps all this time they have spent together, has allowed them tof orm their unified sound.

Frankly, if you have heard their last three albums, there is nothing new here, perhaps a little more melodic than their last two, Colin Newman knows how to construct a very hummable song.  Lyrically Graham Lewis continues to explore his isolation and place in this very materialistic world.  One is never 100% certain what Lewis is getting at, but his use of language is simple yet revealing.  He does not so much try to figure out his place in this universe, he knows where he is,  but rather, where does he go from here.

Colin Newman’s production has never sounded more minimalistic, and his guitar work (along with SImms) is electric without the need of long solos.  They have never been that type of band, but here it seems more evident.  The songs are short, explode into your consciousness and then move on, similar in feel to their classic 154.  Drummer Robert Grey  (originally known as Robert Gotobed, truly one of the finest names in rock history) provides a very simple back best and, along with bassist Graham Lewis, drives the music on and gives it the necessary backbone.

The downside of this album, is it would have been nice for them to branch out from their last few releases.  In the past one was never sure what they would come out with next, but now, it seems their releases are a little more predictable.

Regardless, in a rather odd way, the release of a new Wire album seems to set the world right and any new music from this band is always welcome.

Born and raised in Whitby, Aaron discovered music through his love of The Beatles. This led to a career in radio, writing for various publications, and ultimately a radio show about The Beatles (Beatles Universe), which ran for over four years. When not immersed in music, Aaron enjoys spending time with the loves of his life -- his wife Andrea, and daughters Emily and Linda (all of whom have an intense love of music too).
RELATED ARTICLES
album reviewspinkflag recordssleep on the wing
8.0