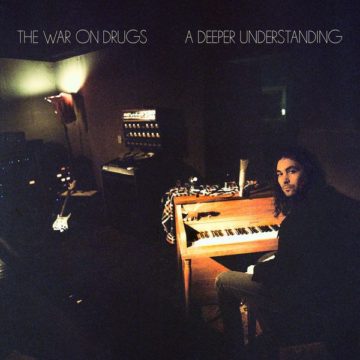 The War On Drugs
A Deeper Understanding
Atlantic Records

It has been three years since The War On Drugs last album (Lost in The Dream), and since that time it would seem that frontman and writer for the band, Adam Granduciel, has been listening to a lot of 1970’s music.

When I started this album, it was with great anticipation, as the first single, “Thinking Of You” was brilliant and only good things could follow. That song is included on the album, and is a clear highlight. So, as noted, I was excited for new music from this band.

Sadly, the album does not live up to that single. The opening track, “Up All Night” sets the stage for the album. “I don’t know, I’ve been away. I don’t believe in the real thing” for me sums up the album. Not that it is bad, but it does have the feel of a band coasting.

Granduciel is a fantastic writer, as evidenced with previous albums, but here he seems to be channeling the singer/songwriters from the 1970’s and at times I swear I am listening to Al Stewart. Not that this is necessarily a bad thing, just not what I expected from The War On Drugs. A band/artist can be influenced by others, but not wear it on their sleeve to this extent. Granduciel would benefit from making his influences more his own sound, as he has done in the past.

The album is well recorded, beautifully played and has some strong melodies, but it does not deliver the same punch as one would expect from this band. Each song comes and goes, and is pleasant enough, and maybe that is the point of the album. There is enough ugliness in the world today, so maybe Granduciel wanted to create some pleasantness and love songs.

Having said that, the album would benefit from some surprises and some energy. The production, while extremely good, is also remarkably slick. Listen to “Clean Living”, and it sounds like  the band wants to break out and add something to the song, but they do not get the opportunity. They plod along. Although the song is pleasant enough it just does not go anywhere. And it does sound a bit like a Tom Petty outtake.

This album may be a dividing force for fans, some will love it, and I am sure it will garner them some new fans, while others may be wondering about the direction in which the band has decided to go.

Born and raised in Whitby, Aaron discovered music through his love of The Beatles. This led to a career in radio, writing for various publications, and ultimately a radio show about The Beatles (Beatles Universe), which ran for over four years. When not immersed in music, Aaron enjoys spending time with the loves of his life -- his wife Andrea, and daughters Emily and Linda (all of whom have an intense love of music too).
RELATED ARTICLES
album reviewsatlantic recordspain
8.0