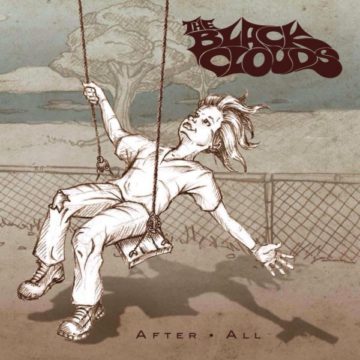 The Black Clouds
After All
Capacitor Records

I hopped on the elliptical torture machine and cranked up my headphones with no expectations.  From the first riff, I was hooked.  After All, The Black Cloud’s third full length album, is the perfect soundtrack for me to run to.  So I ran my ass off and listened.

What a nice surprise this album is! Songs like “Photograph” and “Sayonara” kick you in the ass with speaker shredding guitar tones and amphetamine-induced punk rock energy. A real grunge sound is an easy sell for me…I love 90s music in all its forms, but I am also a critical-asshole-music-snob. The Black Clouds are the real deal. There is an energy and a sound here that can’t be faked.

Listening to “After All”, I can literally imagine guitars smashing through drum skins, speakers being pushed over, and shit getting wrecked. Pure organized chaos. Wonderfully focused anger and disdain.  Zero fucks given. There are some very catchy choruses and melodies poking through all that aggression, along with some great guitar lines. The few slow tempo songs don’t cheese out at all. The music is very genuine; it never tries to be anything other than what it is.

The album has a nice flow to it without seeming over thought. The Black Clouds seem to be saying, “it’s just music, man. It’s a release.” with a shrug of the shoulders. Not so tongue-in-cheek song titles like “Merchants of Death” remind me where I come from: a generation that speaks of the bullshit in the world and is not afraid to tell everyone else they’re wrong, but who doesn’t really give a shit what they think anyway.

I am sold on The Black Clouds new release and will certainly be delving into their older catalog, along with pulling out my old Mudhoney and Screaming Trees records. It sounds great, it feels great, and it kicks ass. I will see The Black Clouds live at the soonest opportunity. It’s been awhile since I heard a “rock” record that I would put in regular rotation. There are no bad songs on this album. Looks like rock n’ roll is alive and well After All.

“We’ve been waiting for your arrival, time to stand trial
You know it’s only a matter of time now till you fall and hit the ground”  ~ Self Control

James Stefanuk has an unbridled passion for good original music. He has been involved in the Toronto Indie scene for over a decade, and currently fronts the Alt-Blues band 'Jim Dan Dee'. In his spare time James plays with his Australian Shepherd 'Indie', drinks bourbon on the rocks and writes about himself in the third person.
RELATED ARTICLES
album reviews
8.0