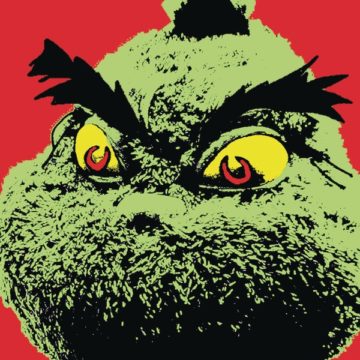 If you have ever woken up on a Christmas morning wishing you had a rap album your 5-year-could enjoy as well as you, Tyler The Creator has got your back. Odd as the proposition sounds, after a listen it’s apparent how Tyler The Creator committed to the idea and how it came out sounding like the ten-minute fairytale it does reminisce.

The Grinch is a Dr. Seuss character who was part of most childhoods, having infamously stolen Christmas from Whoville. As the album progresses, a semblance between this fictitious character and Tyler The Creator seems to establish itself, not being as much a reach as it seems. Tyler The Creator had been the misunderstood outsider to the industry for quite a while, much like The Grinch.

Along with this fascinating but quite glaringly deliberate symbolism, Music Inspired by Illumination & Dr. Seuss’ The Grinch stays true to its name, a majority of the EP sounding like something straight out of the official soundtrack for a remake of the original film, with equal parts of Christmas spirits and vibes. These mix seamlessly with darker undertones expressed in sections such as “Big Bag” to create the surprisingly soulful rendition this EP is.

Wrapping up at six tracks and ten minutes, the major criticism of this release is the incredibly short run-time, as the expertise and finesse showcased on this album just begin to catch on with the listener.

Stan is a metalhead, musician, and freelance writer (for hire!) In that order. Yes, looks are deceiving. No, metal is not (all) about Satan.
RELATED ARTICLES
album reviewalbum reviewscolumbia records
8.0