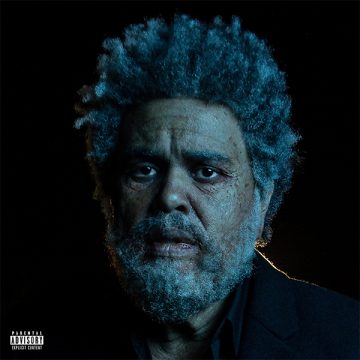 Toronto’s very own The Weeknd has returned with his highly anticipated album, Dawn FM. Following his acclaimed 2020 release, After Hours and his notable 2021 Superbowl half-time performance, The Weeknd has enlisted an array of featured artists for his fifth full-length album, including the voices of Quincy Jones, Tyler, The Creator, Lil Wayne, and Jim Carrey, along with guest producers from Calvin Harris to Swedish House Mafia.

From the start, The Weeknd establishes Dawn FM  as an album of conceptual ambitions with the opening title track playing like a dated radio ad, narrated by Carrey. Think Queens Of The Stone Age’s 2002 opus, Songs For The Deaf, only Dawn FM is a clear blast to the past. Musically and aesthetically, this is a record of pure ‘80s nostalgia. This is made clear on the first real song, following the thematic opener, “Gasoline”, a song where clunky vocal effects and intentionally dated synths collide with sleek beats and The Weeknd’s smooth melodies. The same could be said for the following, “Take My Breath”. While The Weeknd’s vocal performance remains stunning on these tracks, it is hard not to notice Dawn FM coasting on its retro aesthetic.

“Take My Breath” is perhaps the first strong track on the album. While continuing to lean into the ‘80s flare, “Take My Breath” is an absolute bop; catchy as hell, well written demonstrating organic development, and grooves hard. It’s no surprise that “Take My Breath” was released as Dawn FM’s initial single last summer, It’s The Weeknd at one of his strongest moments on the record. Additional highlights include “Sacrifice”, “Here We Go… Again” (featuring Tyler, The Creator), “Best Friends”, and “I Heard You’re Married” (featuring Lil Wayne). He is at his best when he delivers his signature gritty yet sleek approach to modern pop music. When combined with the ‘80s vibes, Dawn FM stands as a unique entry into his growing catalogue.

Despite my initial complaints, two things are certain on Dawn FM: The Weeknd is one of the strongest singers and songwriters of modern R&B and pop music and the bests are straight up dope. This is where Dawn FM shines brightest. It may lean heavy on nostalgia while setting up a concept that is only loosely followed through a few interludes rather than truly being developed; however, there is no doubt that The Weeknd is performing on all cylinders with a creative ambition that seeks to elevate pop music as a whole. While Dawn FM may not quite reach the level it aspires to, The Weeknd is breaking free of pop music’s content cycle through creatively driven risks that ultimately lead to growth and reflect a level of artistry.

A passion for music has always been a part of Gerrod’s life. As a young boy, he was raised on a steady diet of the music from The Chili Peppers, Aerosmith, The Stones, Prince, and others from his mum. Raised in the GTA, Gerrod continued to foster his love for music by attending a wide range of concerts and learning the drums. His unapologetic passion for music has no bounds and has spread to a wide variety of styles, whether it be the 90’s rock that sound tracked his teenage years, the jazz he studied in university, or his newfound love for hip-hop. He recently received his bachelors in music and education from York University and is passionate about writing and reviewing good (and less than good) music. Gerrod is also the drummer and songwriter for a Toronto based rock & roll band, One In The Chamber.
RELATED ARTICLES
album reviewalbum reviewsrepublic records
9.0