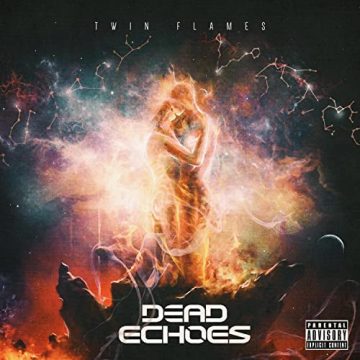 Ohio’s Dead Echoes have hurled themselves into the rock/metal world with the release of their debut album Twin Flames. Real emotions and experiences are what makes for some great writing, and the album has some raw emotion that tells a story of love that didn’t survive. It is full of very catchy hooks, and each track is very guitar-heavy with some pretty badass solos throughout.

All the elements of heartbreak are heard throughout. “Dark Me” has a sort of monster feel to it which aligns with its meaning, of being pushed to the point of becoming someone you hate because of someone else. “Runaround” starts out pretty strong with its intro and definitely holds its own throughout.

Most of the songs have pretty strong Seether and Breaking Benjamin vibes to them, and it works perfectly for them. The whole record is pretty well written both musically and the lyrically.

Melinda is a music enthusiast from the US who grew up on vinyl in the 70s and 80s. She's a lover of all genres, but rock/metal runs through her veins. Music is always in the background and in her head. Unfortunately, she has to have a "regular 8-5" job since "Professional Concert Go-er" doesn't pay the bills. Her bliss would be to follow more musicians and bands than "People she may know" on social media. Her ultimate long term goal is to be the old lady just enjoying the show down in front at the barricades at live shows. Her favorite quote is "Where words fail, music speaks".
RELATED ARTICLES
album reviewalbum reviewstwin flames
8.0