SPILL ALBUM REVIEW: THE TWILIGHT SAD – IT WON’T BE LIKE THIS ALL THE TIME 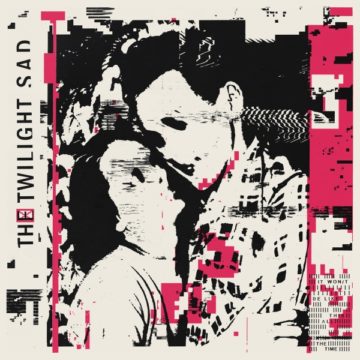 If you haven’t listened to the Scottish quintet called The Twilight Sad, now is the time to jump on the bandwagon. Its new album, It Won/t Be Like This All the Time is a great kickoff for 2019.

Beginning the album with a bang, “[10 Good Reasons for Modern Drugs]” showcases James Graham’s vocals, which carry the song. The most outstanding track is “Girl Chewing Gum”, which is fueled by Andy MacFarlane’s skillful guitar playing. The moody but powerful “Videograms” ends the album with messy feedback and noise, showing that the band has matured but can still play.

Although each track is unique, they all flow together well. Every note on this album is well-thought-out and delivered with purpose. The intelligent use of pumping synths compliments James Graham’s vocals and MacFarlane’s guitar tones.

The band has evolved drastically since the noisy folk of their first album, Fourteen Autumns & Fifteen Winters. In recent years, it has moved on to a more modern post-punk sound. However, there are still hints of its roots in the vocal melodies.

The Twilight Sad has always had promise, proving its success by joining The Cure on a European tour in 2016. However, It Won/t Be Like This All the Time will definitely be the band’s breakthrough and I can’t wait to see what will come next.

SPILL ALBUM REVIEW: THE TWILIGHT SAD – IT WON’T BE LIKE THIS ALL THE TIME

McKenzie is an aspiring journalist from Philadelphia, Pennsylvania and has a passion for music. She started off her career as a weekly host on WHIP’s alternative rock show called the Core and is now freelancing. When she's not doing either of these, she’s probably at a house show or at home watching a documentary.
RELATED ARTICLES
album reviewalbum reviewsthe twilight sad
8.0