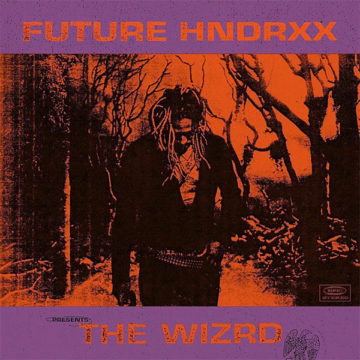 This 20-track album, The WIZRD, is the newest project from Atlanta rapper Future. On this release, he stays true to the melodic trap sound that he is known for. Future boasts more personas than almost any other artist, and currently he is playing the role of Future Hndrxx, humanizing himself as an inconspicuous, honest rocker, rather than the superstar he is known as. The Wizrd is another, more mysterious persona, that he debuts throughout the album, who seems to be a fortune teller. These tracks provide insight into how he feels about the ever-changing rap game, and the crowding of the market for Auto-Tune-driven trap music, a style that he helped to pioneer almost a decade ago. This album is different from former Future projects due to the blending of melodic R&B with his harder trap side; in the past, he would often release two projects to explore these sounds separately. One drawback is the amount of filler placed throughout the album, tracks which add to streaming numbers but don’t hold any significant listening value compared to some of the others. One of the standouts is “Jumpin on a Jet”, which is typical hype Future, and will be played at parties and clubs for a while. Others include “First Off” featuring Travis Scott,“Crushed Up”, and “Rocket Ship”. This project, which is new territory for the artist, is an overall success, since the amount of good outweighs the bad. The self-awareness displayed here shows that Future is still in touch with the genre he helped to create. The WIZRD is a great listening experience, indicating that Future isn’t stopping anytime soon. Hopefully he can keep innovating and releasing great projects like this for years to come.