SPILL ALBUM REVIEW: THE NORTHERN BELLE – THE WOMEN IN ME 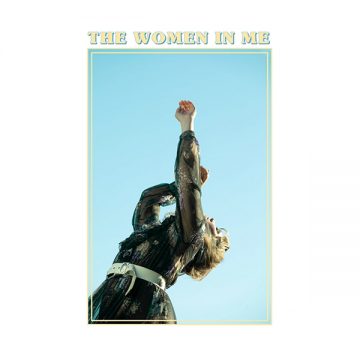 Well, along with Americana, we’ve certainly got Canadiana, and a few other  -ianas, to which we can certainly add Nordicana, as there is definitely a take on North American-style music in the Nordic countries of Europe.

The Northern Belle from Norway reflects that style not only in the band’s name, but also in the music that this septet presents on their latest album The Women In Me.

Yet, there is a very specific touch to the music that The Northern Belle presents here, that makes it distinct from just emulating the sounds the band might have been inspired by coming from the other side of the Atlantic Ocean.

It is not just the fact that they include instruments like the Hardanger fiddle, but the female vocals that give the band its sound that slightly sweet pop touch, that artists from the northern part of Europe have such a good touch with.

The title track, “Kaleidoscope Dream” or “Chicago” (you can easily say the whole album), go a long way to show that you can fit certain kind of music within a genre and yet make it exceptional at the same time, no matter where you come from.

SPILL ALBUM REVIEW: THE NORTHERN BELLE – THE WOMEN IN ME