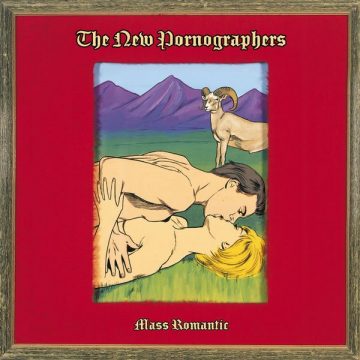 When A.C. Newman formed The New Pornographers 22 years ago, he seemingly had no high hopes that the project would make any serious impact. After all, Zumpano, his previous brilliant effort was criminally underappreciated, Dan Bejar was just starting to make an impact with Destroyer, and Neko Case was the only name that meant something to wider audiences. John Collins, Kurt Dahle, Fisher Rose and Blaine Thurier were names that not even everybody in Vancouver was quite familiar with.  Also, the name all involved chose for the project probably didn’t sit well with many in the potential wider audience.

Yet, the quality of the music and lyrics included on Mass Romantic, their first, and possibly the best album so far was so high that the success it had was fully deserved. It turned out to be one of those albums that nobody on the music scene, among the critics, and seemingly in the wider audience could find any faults with. None whatsoever. It was unabashed power pop, or whatever you want to call it, with intelligent lyrics to boot, impeccable singing and great musicianship. Nothing more to add there.

So it is no wonder then that Matador Records decided to come up with a limited-edition LP reissue of the album (red vinyl and a bonus 7”, Letter From An Occupant, which includes two rare B-sides, “The End of Medicine” and “When I Was a Baby.”). In a few words – a must.

Formerly a lot of things, including a journalist and a translator, currently a freelance writer living in The Netherlands.
RELATED ARTICLES
a.c. newmanalbum reviewalbum reviews