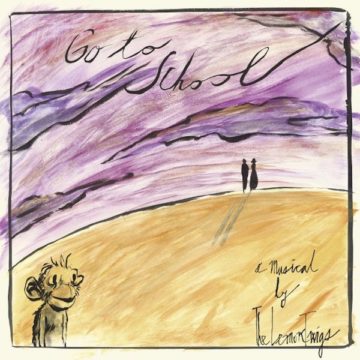 The Lemon Twigs’ second debut album, Go To School, takes you on a heartbreaking journey of a young boy named Shane who is struggling with suicidal thoughts. Oh, and did I mention that Shane is a chimpanzee?

Despite his fur-covered body and love for bananas, Shane still deals with all the classic teen struggles of a normal human boy. School bullies push him around daily, his mother resents him for robbing her of the opportunity to become a famous rockstar, and the queen of the school thinks of him as one big joke. All of his struggles come together in this hour long musical filled with soul crushing lyrics, breezy guitar sounds, and colorful imagery that will leave you wanting to listen over and over again.

Brian and Michael D’Addario, the brothers responsible for this album, have managed to build a captivating universe of all things Shane, while at the same time dazzling us with their musical talent that feels reminiscent of The Who. “The Fire” is the song that stands out the most, giving you the urge to blast the song in the car as high as the volume will go while singing along with friends at the top of your lungs.

As stated in their song “Born Wrong/Heart Song”, this music will “cause the scars in your soul to mend, and hold you tight just like a friend.”

If you want to feel something, go ahead and give it a listen.

Simone Torn is a 22-year-old college graduate and aspiring writer. She lives in Chicago with her four puppies and twin sister. The two spend their time making up song parodies and traveling as much as they can.
RELATED ARTICLES
4adalbum reviewalbum reviews
9.0