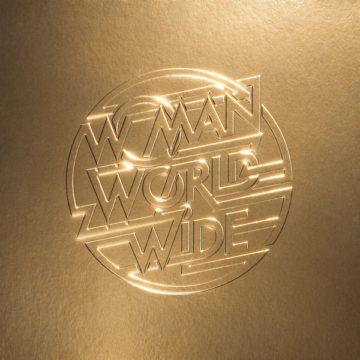 French dance DJ duo Gaspard Augé and Xavier de Rosnay have been one of the most sought after and acclaimed dance acts since their debut in 2011. Capable of crafting some of the most danceable EDM songs in recent memory, the duo have a penchant for absolute club bangers; the realization of these songs in a large-scale concert format has proved problematic, mostly down to the limitations of atmosphere, acoustics, and the fact that the majority of their music is performed sans instruments. Hence this album, Woman Worldwide, which is essentially a re-imagining of their 2016 album Woman but with the application of all that the duo have learned from performing these songs live for large audiences. Really, this is all just an elaborate way to call the album a collection of remixes, and for that there is reason for doubt to arise.

To the optimist, Woman Worldwide is a collection of massive dance tracks, each one propelling the listener towards the dance floor, or to even make of their listening space a dance floor of their own. There are hooks aplenty, constant build and tension before the inevitable resolution, and some absolutely thundering moments of percussion. In short, an album filled with all that has made the duo famous in the first place.

To the pessimist, Woman Worldwide is a simple, if slightly larger (growing from the ten tracks of 2016’s Woman to 15 tracks here) collection of the band’s own remixes of their own songs. Have the songs been re-imagined? Yes. Have the songs been creatively mashed-up with many of the band’s best offerings? Yes again. But is it really all that challenging for a renowned dance duo to simply make use of their computers again to modify these songs? Are they really breaking any new ground? Is this really worth it?

Though my natural inclination is towards pessimism, just as a general rule, there is no doubt and no questioning that Woman Worldwide is an album that will please many listeners for the simple reason that its very essence is built around the idea of making you move. Question intention all you like, but when it comes right down to the music, it’s hard to listen to this album and not want to dance, which I am sure is all that really matters to Justice.

Br. lives in southern Ontario, grew up on The Beatles and The Journeymen, spent his adolescence immersed in grunge, and his adulthood in British alternative. His greatest joy is seeing his son dance and grow into his own appreciation of the indescribable joy of music...
RELATED ARTICLES
album reviewalbum reviewsbecause music
8.0