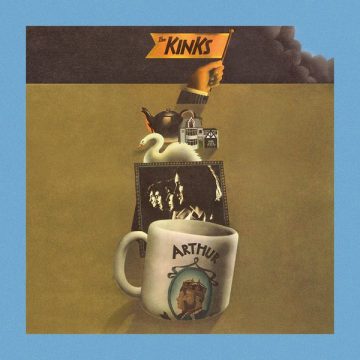 Following the incredible success of the 50th Anniversary of The Kinks Are The Village Green Preservation Society, the powers that be have now put together this box set. Originally released in 1969,  Arthur Or The Decline And Fall Of The British Empire was The Kinks seventh studio album. Like its predecessor, it did not chart in the U.K. nor did it do particularly well in the U.S., but don’t let that fool you. This is a brilliant concept album that should have been huge.

The album was originally conceived as the soundtrack for a play for U.K.’s Granada television. It did not materialize, but the album and soundtrack did. In the end, this is a brilliant concept album about Arthur and his family. In many respects it could be considered a sequel to The Kinks Are The Village Green Preservation Society in themes, but it is a stronger and much deeper album.

This album came about at a time when Ray Davies was at one of his many peaks throughout his long career. For my money, this their best album of the 1960s. Side one kicks off with the wry “Victoria”, which was a hit in Canada. Dave Davies hit upon a brilliant riff and the song rocks and is a clear influence on what we now call ‘new wave’. By the end of side one, and “Australia”, Davies and company have travelled the British Empire for us, and offer suitable and still relevant commentary. Listen to “Some Mother’s Son” and see how it could have been written in the past five years. 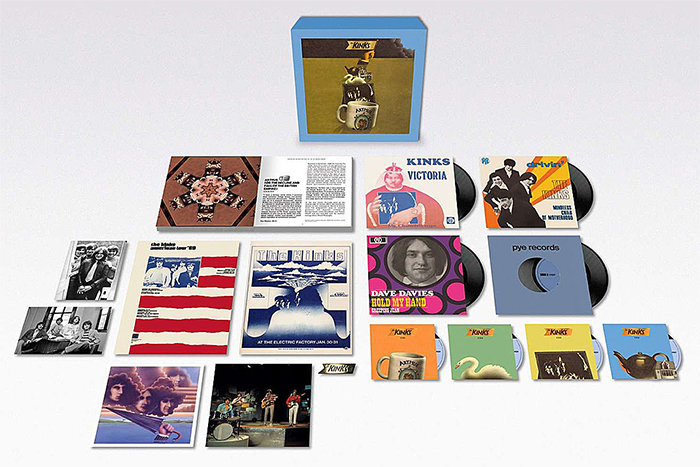 Side two kicks off with one of Davies most vicious attacks on capitalism, “Shangri-La”. It is biting and sad at the same time. Musically it is easily one of the most memorable tunes he has ever written and it is one of his best ever vocal performances. Lyrically it reads as a poem and it is a standout song in The Kinks vast and brilliant catalogue. Again other songs on side pack a punch, but nothing like “Shangri-La”.

From beginning to end, it is a perfect album, and although it has been rereleased several times in the past, now is as good as time as any to pay tribute to this masterpiece.

As for the reissue/box set, it is very impressive. It comprises stereo and mono mixes of the album, each containing seven bonus tracks, a third disc of the ‘lost’ Dave Davies album he was recording at the time, and a fourth CD of demos, theatrical versions, remixes and rehearsals. Included in this are five previously unreleased songs as well as 28 unreleased versions. There is also a book and four singles with other unreleased material. An impressive package to be sure.

Born and raised in Whitby, Aaron discovered music through his love of The Beatles. This led to a career in radio, writing for various publications, and ultimately a radio show about The Beatles (Beatles Universe), which ran for over four years. When not immersed in music, Aaron enjoys spending time with the loves of his life -- his wife Andrea, and daughters Emily and Linda (all of whom have an intense love of music too).
RELATED ARTICLES
album reviewalbum reviewsray davies
9.0