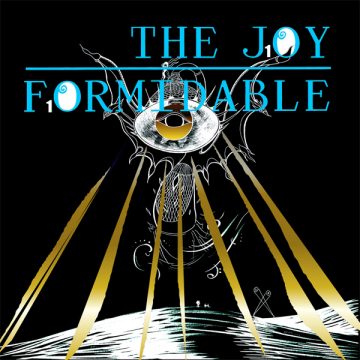 The Joy Formidable have released a double-album edition of their successful debut release A Balloon Called Moaning through Hassle Records.The album includes the complete 2009 EP, with beautiful addition of Welch versions of the EP classics. This is a great release for both types of fans because it’s inclusive, as it caters to all not just a designated few.

Still considered one of their best releases and surprisingly written in a bedroom over a decade ago, the double album still contains the same allure and charm that it had when it was first released back in 2009. Moments like “Cradle” capture a lost time of early ‘90s vocals painted on to shimmery post-rock guitar patterns and sweet synth notes sprinkled in making it one of the most addicting and infectious tracks on the EP. “While The Flies” comes in a fast second with its honeyed guitar tones, catchy lyrics, and gang vocals that make it stand out among the rest as one of the strongest musical gems on this release. Other moments such as “9669” are very pleasantly stripped back, and very attached instrumentally to its Welch roots,a nice change from the uniform style captured on A Balloon Called Moaning.

This is by far one of the best re-releases in its genre, as its inclusive album design brings old and new fans back into the fray to enjoy these tracks as they were intended to be heard. Instrumentally and vocally, A Balloon Called Moaning will remain one of the most distinct releases this band has had in their 10-year career, proving to a wider audience that the DIY method to recording a good record shouldn’t be frowned upon but embraced.