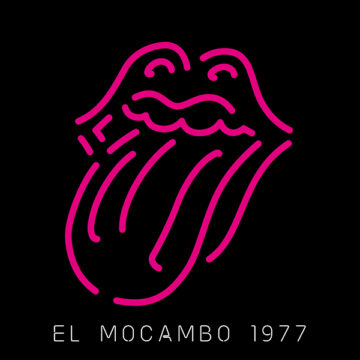 The Rolling Stones
Live At The El Mocambo
Universal Music

The El Mocambo stands alongside The Horseshoe Tavern and Massey Hall as one of Toronto’s most revered and historic venues. From Blondie to Tom Waits and Ronnie Hawkins to The Ramones, The El Mocambo has seen an abundance of influential artists grace its stages; perhaps the biggest being The Rolling Stones. Billed as The Cockroaches to avoid a riot, The Stones took the 300-capacity club by storm over the course of two nights in March, 1977. While several bootlegs have surfaced – almost as many as people who claim to have been there – an official release has never surfaced until now. Live At The El Mocambo captures the band’s entire set from March 5, ’77, along with three tracks from the previous night’s show; catching The Stones at the tail end of, arguably, one of their greatest eras.

Opening with the slow swagger of “Honky Tonk Woman”, The Stones – most notably featuring Billy Preston on keys – took the stage to thunderous applause as they hit a slow groove. This very well could be the coolest live rendition of “Honky Tonk Woman”. Picking up the pace, the band dove headfirst into the up-tempo blues of “All Down The Line” and the straight-ahead rock of “Hand Of Fate”. The energy on the small stage was high, and the chemistry between the band was incredible. Mick Jagger’s vocals carry such a presence that, without even seeing him, you know he’s the greatest frontman the world has seen, while Keith Richards remains the ever-cool foil to Jagger’s larger than life persona.  Sounding as good as ever, Richards is remarkable; his tweedy fender tone, his gravelly backing vocals, the way he plays off guitarist Ronnie Wood – in every way, Keef is the coolest dude on the planet! All round, Live At The El Mocambo captures an exceptionally tight performance from the band with much of that falling onto drummer Charlie Watts who delivered one of his strongest performances on a Stones live album that night.

With 23 songs, Live From The El Mocambo sees The Stones take on some of their biggest hits – with some notable absences that would never be left off a setlist today – along with a carefully curated collection of traditional blues songs. Without a weak moment in their performance, originals like “Tumbling Dice”, the heavy funk of “Hot Stuff”, “Star Star”, “Let’s Spend The Night Together”, “Rip This Joint”, “Brown Sugar”, and the explosive “Jumping Jack Flash” – fully armed with a shredding guitar solo and an outro that speeds up to a blistering pace – stole the show, while their searing performance of Muddy Waters’ “Manish Boy” is simply jaw dropping – singularly one of the greatest moments on the album.

A passion for music has always been a part of Gerrod’s life. As a young boy, he was raised on a steady diet of the music from The Chili Peppers, Aerosmith, The Stones, Prince, and others from his mum. Raised in the GTA, Gerrod continued to foster his love for music by attending a wide range of concerts and learning the drums. His unapologetic passion for music has no bounds and has spread to a wide variety of styles, whether it be the 90’s rock that sound tracked his teenage years, the jazz he studied in university, or his newfound love for hip-hop. He recently received his bachelors in music and education from York University and is passionate about writing and reviewing good (and less than good) music. Gerrod is also the drummer and songwriter for a Toronto based rock & roll band, One In The Chamber.
RELATED ARTICLES
album reviewalbum reviewsthe rolling stones
8.0