SPILL ALBUM REVIEW: SPOON – EVERYTHING HITS AT ONCE: THE BEST OF SPOON 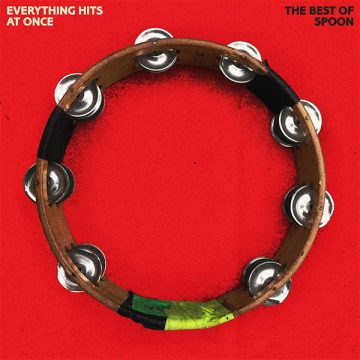 Spoon
Everything Hits At Once: The Best of Spoon
Matador Records

Indie rock veterans Spoon have released their greatest hits album, Everything Hits at Once: The Best of Spoon. First formed in 1993 with nine albums under their belt, this will be a collection of their most popular and beloved songs over the years. For a band with such a large discography this would have been a difficult task, but I’m sure if you’re a Spoon fan you will not be left disappointed.

If you’re someone who is a first-time listener, however, you may find that Spoon resembles that of toasted white bread, boring and bland. Britt Daniels’ passionless voice rings on throughout the repetitive overly drawn out songs.

The album does redeems itself.  “The Way We Get By” adds a more upbeat tone to the album which is a welcome reprieve from the mellow tunes that sandwich it. With “Rent I Pay,” there are some great harmonies, and it feels like there is more angst to this song. Overall, in terms of the band Spoon, I guess I’m more of a fork person.

SPILL ALBUM REVIEW: SPOON – EVERYTHING HITS AT ONCE: THE BEST OF SPOON

Bianca Mazziotti has been a music addict ever since she was six-years-old and won an acoustic guitar in a contest. Her passion for music only continued to grow, and you can now find her enjoying live shows all over Toronto. She hopes to continue combining her two passions, music and writing, well into the future.
RELATED ARTICLES
album reviewalbum reviewsmatador records
8.0