SPILL ALBUM REVIEW: SMASHING PUMPKINS – SHINY AND OH SO BRIGHT, VOL. 1 / LP: NO PAST. NO FUTURE. NO SUN. 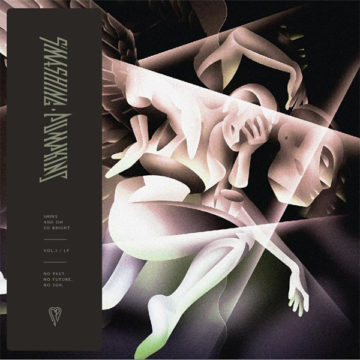 Smashing Pumpkins
Shiny And Oh So Bright, Vol. 1 / LP: No Past. No Future. No Sun.
Napalm Records

“We’re gonna make this happen,” begins “Knights of Malta,” the first track of the widely awaited new release from Smashing Pumpkins. 18 years since an album with the founding members being present on the album together, a lot of expectations were pinned on Shiny And Oh So Bright.

An album that can be described as mellow at best and simply uninspired at worst, the eight tracks characterize a mere shadow of who Smashing Pumpkins used to be. With lyricism that would appeal to a grade schooler and instrumentals reminiscent of the “alternative pop” that does appear on the charts frequently today, the album raises more questions than answers.

None of the old, alternative glory a reunion would have suggested is reflected in this album on any of the tracks. However, even as a standalone album that has not been put to the test against one of the biggest names in alternative rock history, Shiny And Oh So Bright is a mediocre and rather unmemorable listen, breaking hearts of rock fans around the globe for all the wrong reasons.

While it is not a terrible or hardly even a bad LP, the release of Shiny remains quite a letdown. Another album that goes onto a list of things making us face grim perspectives: maybe rock is dying after all.

SPILL ALBUM REVIEW: SMASHING PUMPKINS – SHINY AND OH SO BRIGHT, VOL. 1 / LP: NO PAST. NO FUTURE. NO SUN.

Stan is a metalhead, musician, and freelance writer (for hire!) In that order. Yes, looks are deceiving. No, metal is not (all) about Satan.
RELATED ARTICLES
album reviewalbum reviewsnapalm records
8.0