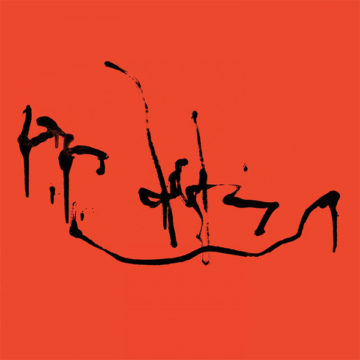 Drowsily miming in a deserted natatorium for the video to “Deep Blue,” Sluff may want you to think they’re not trying very hard, but there’s nothing lackadaisical about debut album On Debris. Production-wise, the Vienna-based three-piece has made every calculation to be sure nothing is out of place. With a crystalline, sparkling sound and accessible songwriting, Sluff evokes the yearning, nostalgic pop of Echo & the Bunnymen and The Killers. “Deep Blue” is simply a fantastic single, and “Vile,” “Since Everything,” and “Go Down” all have good hooks, streamlined bass and drumming, and jangly Strats chiming high in the mix—a blueprint for an early R.E.M. record if not for Martin Zenker’s voice. Zenker has a tone and timbre similar to that of Roy Orbison or Killers frontman Brandon Flowers, and he pushes its emotional capacity on “Forgotten,” injecting much-needed drama and a cinematic sweep into the album highlight. “Forgotten” explodes with catharsis and its unexpected, spacey outro give it expansive dimension. That sense of urgency, the feeling there is something to lose, is regrettably missing from the rest of On Debris, which has all the conflict of a parking ticket. Sluff takes no chances with its arrangements, either. Rather than making the tracks cohesive, repetitively using the same guitar tone and drum patterns homogenizes them. Curiously, atonal experiments in the vein of Pavement and The Pixies (minus the anger and wit) on “Glitch” and “Care” don’t work melodically at first, yet become sticky anyway. The band seems to enjoy following tangents away from its dreamy sound, and hopefully Sluff will have the courage to tap into the power lurking within its bottom end and the range of emotion On Debris suggests it has.

Charles T. Stokes is a nonprofit resource development coordinator and donor researcher based in Denver, USA. He’s also a tennis player and writer looking to make a racket with his own noises. “There are places in the world where one cannot publicly listen to or perform whatever music they choose without fear of harassment or prosecution. The freedom to write about new music is power, a privilege.”
RELATED ARTICLES
album reviewalbum reviewsdeep blue
8.0