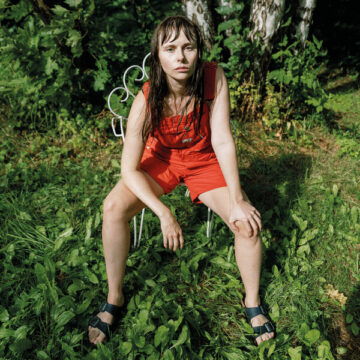 Norwegian singer songwriter Siv Jakobsen seems to love touring, as she spent most of her career so far on the road. Having that in mind, one would think that she shies away from the studio, or that is the environment that doesn’t suit her too well.

Yet, listening to her latest album Gardening, you definitely would not get that impression. Maybe part of that lies in Jakobsen’s own description of the album: “This record is me doing an intense amount of emotional gardening,” Siv said. “I was just raking through my mind and pulling stuff out, and then it grew back again, so I pulled it out again, whilst in real life I was tending to my modest but lovely garden in my home in Oslo.”

Actually, that emotional involvement probably had quite an effect on both Jakobsen’s songwriting for the album as well as subdued performances that make you perk your ears and listen to both musical and lyrical details Jakobsen presents here.

And it all works quite effectively, probably making Gardening her most mature release so far.