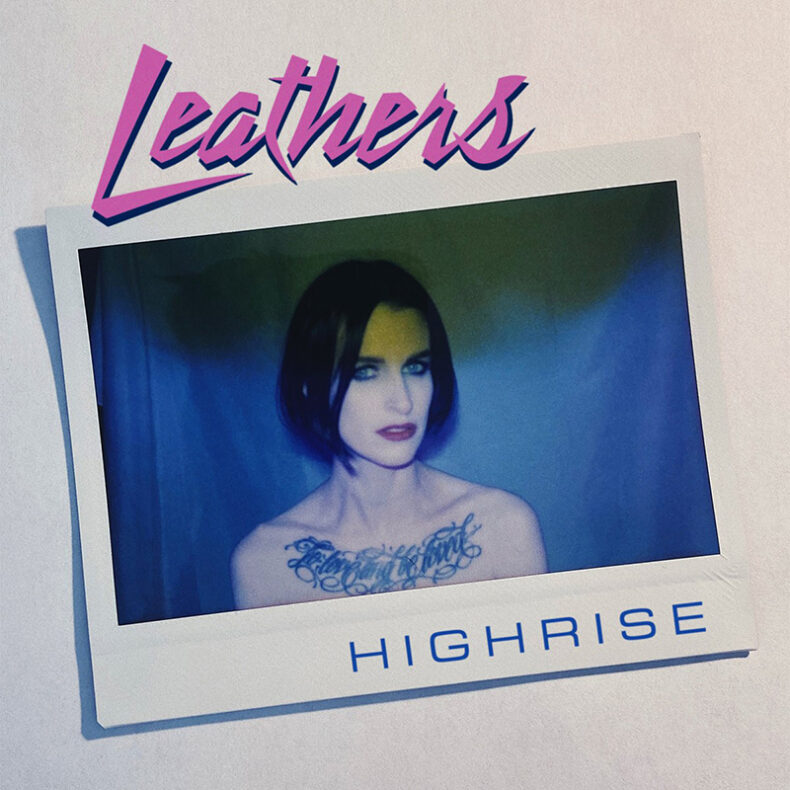 Hemmett comments: “I’m always fighting through my inhibitions. With “Highrise” I get to fantasize about an illicit encounter with wealth and sexual power in a penthouse high above the city. What could be more fun?!”

In the summer of 2021, LEATHERS released their debut EP Reckless via Toronto-based label Artoffact Records. The EP has been described as “pulsing eighth-note bass, mascara-streaked goth melodies and ’80s-worshipping pop sweetness.”

In 2016, LEATHERS assembled at Jacknife Sound where the project bore the whirring rush of “Missing Scene,” channelling the essence of early 4AD Cocteau Twins punctuated with stringent hooks. 2017’s “Day for Night” coaxed a softer, glittering hue that has been recognized by various publications including Diamond Deposits, I Die: You Die, and Impose Magazine. On “Phantom Heart,” steeped in cinematic synth that coats the gated, motorik beat pulsing underneath, her velvet crushed vocals break to the forefront–sleeplessly searching for the truth between fantasy and reality. And then there’s the progressive earworm that is Reckless, the new single that promises to catapult LEATHERS onto the forefront of smart, catchy, and serious synth music.

by Jacob Vandergeer on April 21, 2022
ACTORS w/ AUS!FUNKT @ THE HORSESHOE TAVERN, TORONTO APRIL 21, 2022 “I haven’t played in this club since 1998. I was four years old,” joked Actors’ frontman Jason Corbett. The crowd collectively smiled and didn’t stop for the next hour as [...]

by SPILL NEWS on February 14, 2022
ACTORS ANNOUNCE NEW TOUR DATES FOR SPRING NORTH AMERICAN TOUR ACTS OF WORSHIP OUT NOW VIA ARTOFFACT RECORDS Kicking off in Detroit, Michigan and crisscrossing between Canada and the USA, the ACTORS tour in support of the band’s sophomore [...]