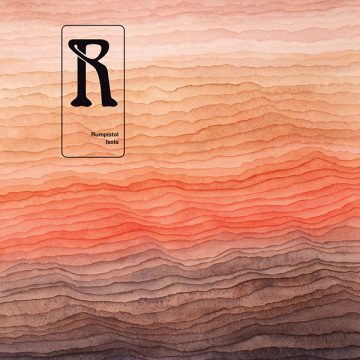 Danish producer, film composer, electronic musician and pianist Jens B. Christiansen (aka Rumpistol) has quite a few fans among fellow musicians and music industry plaudits, and rightfully so. His seventh solo album titled Isola (Island), shows exactly why. Combining his classical and jazz music backgrounds, Christiansen, who alongside his excellent piano playing work on guitar, synths, bird sounds, accordion, Wurlitzer, mellotron & vocals, brings in help on strings, vocals lap steel, ukulele and what not, creates one of those often-misused concept of imaginary film soundtracks. Yet, this time around, Christiansen does it with style and imagination, as well as obvious experience in composing for actual films.

Explaining his concept, Christiansen says that “Isola is the Latin name for ‘island’ which shares the language stem with the word ‘isolation’.  It not only refers to the state that the world has been in the last few years, it also refers to the basic conditions of every human being and a newfound need for grounding and a reconnection with nature.”

While artist often do not back up big words with big music, Christiansen does here, albeit where big is supplanted by subtle and intricate.