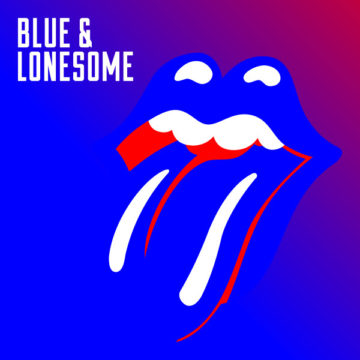 After more than a decade without releasing a studio album, The Rolling Stones have made an interesting move. Blue & Lonesome is a full-length cover album and not including their 1964 self-titled EP, is something The Stones have never done. Blue & Lonesome is in fact the most daring move The Rolling Stones have made in decades and, in a way, is an experimental album for the band. It doesn’t see The Stones trying too hard to be contemporary, as we’ve seen them do many times before. In fact, Blue & Lonesome is quite the opposite of contemporary, hearkening back to the band in its earliest days. It’s easy to picture Mick, Keith, and Brian Jones trying to work out these classic Blues tracks in their tiny London flat.

Recorded in just three days with co-producer Don Was, in Richmond, a London suburb, at British Grove Studios; a close distance to the Crawdaddy Club where the band started. The close proximity to their old stomping ground echoes throughout the entire record, giving the album rugged vibe.

Since the band’s earliest days there has been a strain on the direction by its two leaders, Jagger & Richards. Jagger has always preferred to write songs that are more contemporary while Richards would rather keep the band in the realm of stripped-down Blues and classic R&B. Despite Blue & Lonesome being a straight Blues album and sounding like one from the past, it is Jagger that shines through and sounds better than he has in decades. His vocals are lowdown and distorted and his harmonica work on tracks like “Ride ‘Em on Down” and “Just Your Fool” is haunting and primitive, sending you back to a smoke-filled juke joint in 1950’s Chicago.

Richards’ trademark Open-G chord phrasing is held back here, instead delving deep into the past and channeling his heroes of Chess Records. While there is still classic Stones guitar weaving, it’s more subtle here as Richards and Wood paying homage to Howlin’ Wolf and Magic Sam.

The Stones are usually at their best when they play raw, loose groves and their renditions of “Commit a Crime” and “All of Your Love” are no exceptions. The band makes these classic tracks their own, playing them like old Blues masters.

Seemingly, every Rolling Stones album that’s been released in the past 30 years has been the band’s “best” since Some Girls, but with Blue & Lonesome that statement could actually be true.

Blue & Lonesome may very well be The Stones’ last ever LP and one couldn’t ask for a better final outing. It brings them back full circle to their early days as a pub cover band and makes for a surprising storybook ending.

As a child growing up in the suburbs, Ryan found music as a way to soothe his boredom. After first hearing AC/DC at the age of 10, he was hooked on music. Tracing its roots to the ‘50s, he became obsessed with Elvis, Buddy Holly and Chuck Berry. Somehow that led to grunge, then psych-rock, then jazz, etc. The list goes on and on and his collection of vinyl records continues to grow.
RELATED ARTICLES
album reviewsthe rolling stonesuniversal music canada
8.0