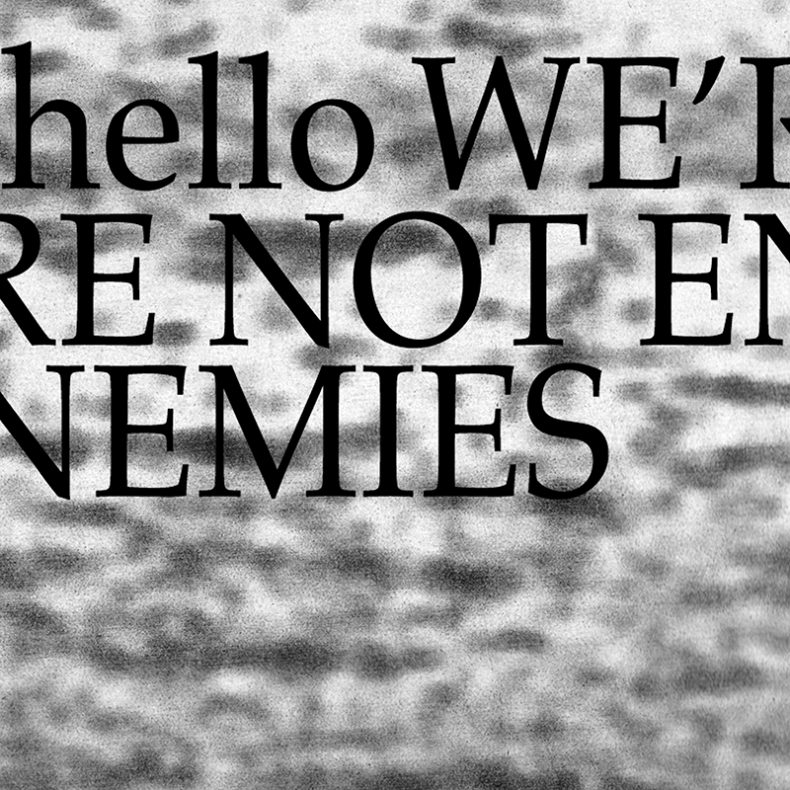 Iceland is definitely a country that has held the world in awe for some time now – not only for doing a brilliant job at pulling itself up by the heels after declaring bankruptcy in 2008, but also for its string of brilliant artists (i.e. Bjork, Sigur Ros, Gus Gus), innovated energy solutions and astounding landscapes. The latter factor was just that impressive to inspire the whole latest album from Italy’s Novanta. Today we present you the premiere for “Goðafoss”, the lead track from the album Hello We’re Not Enemies.

Novanta is the solo project of Manfredi Lamartina, who spent several months traveling around this country. Invigorated upon his return home and with melodies in hand, concocted while visiting the various sites he writes about on this album, there is an optimism, intricacy, depth and serenity in this music that demonstrates Novanta’s maturity as a musician. His music sits straddles impressive territory between shoegaze, pop, post-rock and electronica.

The story behind Goðafoss relates to Iceland’s adoption of Christianity around the year 1000, at which time folklore has it that all the statues of the Norse gods were thrown into this waterfall.

“Goðafoss” is about a man who wants to be a god, shaking the world and erasing all the evil. But mankind is indifferent to everything: love, compassion, empathy. Hello We’re Not Enemies is about empathy: we are living in a world where all men are involved in an absurd battle against each other,” says Lamartina. “Iceland seems a little piece of paradise, with breathtaking landscapes and a general feeling of wonder. I went to Iceland last year and I really fell in love with that country. Hello We’re Not Enemies is deeply influenced by Iceland, which is why the album will be out on June 17th, Iceland’s national holiday.”

Hello We’re Not Enemies will be available in digital download and limited edition cassette via Seashell Records‘ Bandcamp site on on June 17.