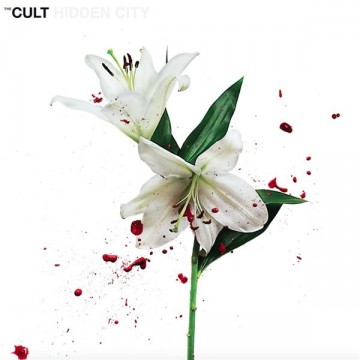 As the final piece of a trilogy of work beginning with Born Into This in 2007, and reuniting with producer Bob Rock at the helm, The Cult’s Hidden City doesn’t greatly depart from their AC/DC sound that began back in the day with their Electric album.

After a second breakup, The Cult reunited in 2005 to tour worldwide and then hit the recording studio, producing Born Into This in 2007 and Choice of Weapon in 2012.

It’s a long way from the British band’s high-energy clean goth-rock 1985 hit, “She Sells Sanctuary,” but songwriters Ian Astbury and Billy Duffy are out to prove they haven’t slowed down and are ready to continue rocking.

Astbury laments, “I’m a European/Blood for holy water/I’m a European/Africa my mother/Is this the western dream/Defend our liberty/I’m a European” on “Highly Ordered Chaos,” the lyrics of which were partly inspired from the Charlie Hebdo attacks in Paris.

Astbury and Duffy intended Hidden City as a metaphor to reflect our spiritual and inner lives. And their spirits just want to keep rocking.

An educator who also tries to introduce others to great music. It's a never ending job.
RELATED ARTICLES
album reviewsdine alone recordshidden city
8.0