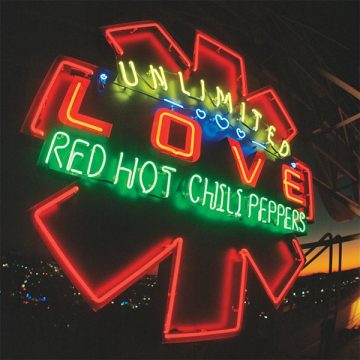 It’s been sixteen years since the Red Hot Chili Peppers released their modern rock opus, Stadium Arcadium, their last record to feature guitar legend, John Frusciante. While the alt-rock pioneers have since released two albums — 2011’s I’m With You and, most recently, 2016’s The Getaway – the band has returned with Unlimited Love, a sprawling 17-track record that marks a triumphant return for not only the band, but Frusciante as well. Without question, Unlimited Love is the most creatively charged venture to come from the Chili Peppers in decades.

Unlimited Love opens with the lead single, “Black Summer”. The moody song is an oasis of layered guitars, rhythmic bass, melodic vocals, and a tight beat. Frusciante’s presence as both a guitarist and songwriter is immediately felt and cannot be overstated as his atmospheric guitar is accented with subtle, bluesy lead lines and an exceptionally curated series of tones and effects. The same could be said about the other singles released in advance of the album: the funk pop of “Poster Child”, and the reflective ballad, “Not The One”, had raised the expectations for Unlimited Love as not only the third coming of Frusciante, but also as a record that picks up from where the band had left off on both Stadium Arcadium and The Getaway. The final single, “These Are The Ways” – released just a day ahead of the full album – stands as one of the most ambitious fusions of refined indie pop and the band’s punk roots as the song pushes and pulls from its ambient verse to its hard hitting, larger than life chorus. These four songs act as a perfect snapshot of what the rest of Unlimited Love has to offer.

Beyond the singles, the Chili Peppers have expanded their sound by flexing both their performance and songwriting into uncharted territories with an album that is full of highlights. Some notable examples of this include the raw funk of “Aquatic Mouth Dance” and its trumpet-led coda that feels like a New Orleans block party hosted by Trombone Shorty or the driving funk-rock of “Here Ever After” and “Whatchu Thinkin’”. Additionally, songs like “One Way Traffic”, “Let ‘Em Cry”, “White Braids & Pillow Chair”, and “She’s A Lover” demonstrate an incredible synthesis of funk, rock, and pop with Anthony Kiedis delivering some of his catchiest choruses, and Flea and Chad Smith shining as one of the greatest rhythm sections in popular music. At its strongest, Unlimited Love is a record that thrives on unexpected transitions and dynamics that shift to what shouldn’t work, but, instead, flourish seamlessly. The songwriting on this record is unparalleled and unique while remaining entirely distinct.  “The Great Apes” and the Bowie inspired “Bastards Of Light” speak to this notion perfectly. In short, Unlimited Love is unlike anything else they’ve ever released.

There is much to celebrate on the latest album from the Chili Peppers. Not only does Unlimited Love thrive as a nearly flawless collection of seventeen tracks without even the faintest hint of a weak song, but the record does the impossible by exceeding the hype of Frusciante’s return.  Furthermore, Unlimited Love stands as one of the band’s most ambitious records from a songwriting perspective as they deliver what is perhaps their most diverse collection of music in their discography. The range on this record is incredible and it is truly exciting to see the Chili Peppers challenge themselves as they push their songwriting in unexpected directions. Despite its polished production, Unlimited Love sees the Red Hot Chili Peppers throw caution to the wind as they take risks and revel in a genuine sense of weirdness; ultimately, Unlimited Love can stand strong as a latter career highlight as the most exciting release from the Red Hot Chili Peppers in nearly twenty years.

A passion for music has always been a part of Gerrod’s life. As a young boy, he was raised on a steady diet of the music from The Chili Peppers, Aerosmith, The Stones, Prince, and others from his mum. Raised in the GTA, Gerrod continued to foster his love for music by attending a wide range of concerts and learning the drums. His unapologetic passion for music has no bounds and has spread to a wide variety of styles, whether it be the 90’s rock that sound tracked his teenage years, the jazz he studied in university, or his newfound love for hip-hop. He recently received his bachelors in music and education from York University and is passionate about writing and reviewing good (and less than good) music. Gerrod is also the drummer and songwriter for a Toronto based rock & roll band, One In The Chamber.
RELATED ARTICLES
album reviewalbum reviewsanthony kiedis
9.0