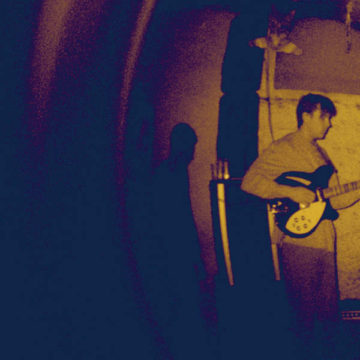 Bad day? Real Number’s first full length album Wordless Wonder will try to pick you up out of your slump. The garage pop quartet provides a lighthearted and quirky ten songs that sound like they could be the soundtrack for a sweet indie movie, with a more punk-sounding tempo.

The album is one that grows on the listener with every song and repeat. At first, the vocals are a little unclear, but with some strain it gets a little easier. The band is surely not flaunting their vocal abilities and instead letting the instruments do the talking, especially the twangy guitar.

Since their start in 2006, the band has worked on their sound. For their debut, they have a fuller sound, but still haven’t lost their original minimalistic DIY style.

All of the band members are a part of different bands and it shows in their music. While the album is cohesive, each song has a little bit of a different sound.

With only two chords, “New Boy” is a track that has a catchy chorus and tells the story of a love letter written to the new boy at school. Its innocent, fun and could inspire one to frantically jump around in their bedroom thinking about the one they secretly admire.

There are definitely old school punk vibes going on in the album, especially in the song “Just So Far Away”, which sounds very Ramones rock, but with an indie spin. This one is definitely one of the must hear songs on the album.

The last track of the album “This Happy Sadness” relays a sad message, but sung to a rather happy tune. The song seems to take a stab at trying to stay positive in a somewhat cruel world and touches on failed relationships.

Wordless Wonder has a relaxing sound to it, while also showing a bit more of an edge on some of the tracks. If you’re a fan of the more DYI-type sound, mixed in with older British wave and punk tunes, this could be for you. If you prefer something more polished and well-written rather than fun, you may steer away from Real Numbers.

Josie is a student in her third year of Journalism at Ryerson University in Toronto. She loves going to concerts, exploring the city and often indulges in an endless stream of cat videos. She is also minoring in politics, but is completely unsure why.
RELATED ARTICLES
album reviewsfrank infatuationreal numbers
8.0