Album Reviews
531
previous article
SPILL ALBUM REVIEW: TYLER, THE CREATOR - IGOR
next article
SPILL FEATURE: A LABOUR OF LOVE: FROM OSHEAGA TO ’77 MONTREAL - A CONVERSATION WITH NICK FARKAS OF EVENKO 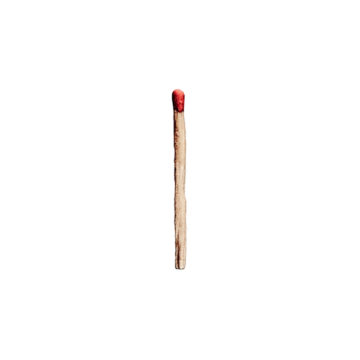 It’s been 10 years since German industrial metal powerhouse Rammstein released their last studio album. Their latest self-titled release is a collection of 11 highly-anticipated tracks that are a force to be reckoned with. This was worth the wait.

Rammstein have never been a band to shy away from controversy in their art, their first release from the album “Deutschland” (meaning Germany) sent fans and critics alike into a frenzy with the song’s contentious lyrics and music video. It details the struggle for Germans to find pride in their country despite the atrocities against humanity committed by Germany. The lyrics include the line “Deutschland, Deutschland über allen” which translates to “Germany, Germany over all” a nod towards the first verse of the German national anthem, which is considered illegal to sing publicly as it was implemented by the Nazis during the Third Reich.

This album is packed full of powerful tracks with the quintessential Rammstein sound – driving and pulsating beats, a delicious blend of heavy metal guitars with amped up techno flare, great to both rock out and dance to. The two currently released singles “Deutschland” and “Radio” are great examples of that, along with “Tattoo” and “Weit Weg” (meaning “far away”), a track that definitely stands out on the album with its beautifully melodic rhythm and poetic lyrics.

“Puppe” is a song that has also caused a recent stir among fans in particular to its highly unsettling lyrics. Translating to “puppet” or “doll”, the song is about a young child whose sister gives them a doll to play with while she turns clients in the other room. Singer Till Lindemann’s voice is filled with such rage as he describes tearing the doll to pieces in the chorus. Disturbing though the song may be, it’s still wonderfully intense.

The one track that unfortunately doesn’t hit all the right notes for me is “Ausländer” (or “foreigner”). Though while it’s far from a bad song, it’s distinctively Europop sound seems out of place for Rammstein and simply not what I’m looking for when it comes to the band. Though Rammstein has played around with a more mainstream pop sound in the past, it has always been done in a very tongue-in-cheek kind of way that isn’t present with this song.

Though this is not the best album that Rammstein has released, it certainly ranks up there with their greatest hits. This is exactly the kind of album I wanted to hear after their 10-year hiatus from the studio and yes, it is definitely worth the wait. This is the kind of album that unfolds in layers, where more of each song is revealed the more you listen and get deeper into the lyrics.

Samantha is both a writer and a fan of the arts and has been able to find numerous ways to pair the two. Eager to dive head first into writing for Spill, Samantha is an avid partaker and reviewer of live art in Toronto serving as an editor at Mooney on Theatre exploring live local theatre, she's a photojournalist for Go Globehopper, a travel, dining and tourism blog that focuses on Toronto and abroad and previously for Lithium Magazine. She's passionate about music, theatre, photography, and writing -- not necessarily in that order. She drinks tea more than coffee, prefers ciders over beers, and sings karaoke way too loudly. You can follow her on various social media including Facebook, Twitter, and Instagram.
RELATED ARTICLES
album reviewalbum reviewscaroline records
8.0