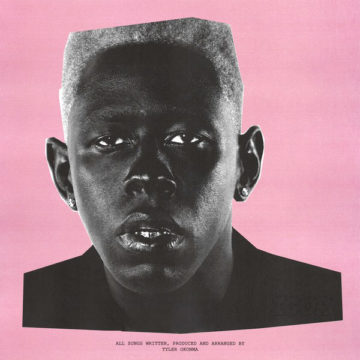 Tyler, The Creator’s newest effort, IGOR, demonstrates just how gifted the 28-year-old artist really is. Ever since Odd Future took over years ago, Tyler has made it a point to show his listeners that there is much more you should be paying attention to. On every album, he gets better and takes more chances. Even when you don’t understand his moves, it will make sense once you’re ready. I often compare him to Kanye West and 808’s and Heartbreaks in the sense that he is ahead of the curve and whatever he is doing, it’s for a reason.  He can see the [odd] future.

IGOR was another immersive glimpse into the creative genius of Tyler, The Creator. Following up on his 2017 release Flower Boy was destined to be a tough task, but if there is anyone who has constantly shown time and time again that he is always growing, it’s Tyler. “EARFQUAKE” and “RUNNING OUT OF TIME” are perfect examples of Tyler’s ability to arrange sounds in a way not many people can. Constantly grabbing from masters of the past, Tyler’s respect for the art of music gives him the upper hand when it comes to using the powerhouses he used on the album. Artists such as Kanye West, Lil Uzi Vert, Playboi Carti, and Frank Ocean, among many other supremely talented artists, give this album the respect it deserves. Many featured are infamous for their ability to do things their own way, but when it comes to working with Tyler, he is the puppet master, and it pays off by showing the world what happens when he has complete creative control. Six albums in and the music is only getting better. There is no stopping Tyler, The Creator.

J.D. McIvor is a journalist covering Arts & Entertainment whenever possible. Serving a genuine passion for the arts, McIvor is constantly looking to bridge the gap between creativity and the importance it plays in our everyday lives.
RELATED ARTICLES
album reviewalbum reviewscolumbia records
8.0