SPILL FEATURE: A LABOUR OF LOVE: FROM OSHEAGA TO ’77 MONTREAL – A CONVERSATION WITH NICK FARKAS OF EVENKO 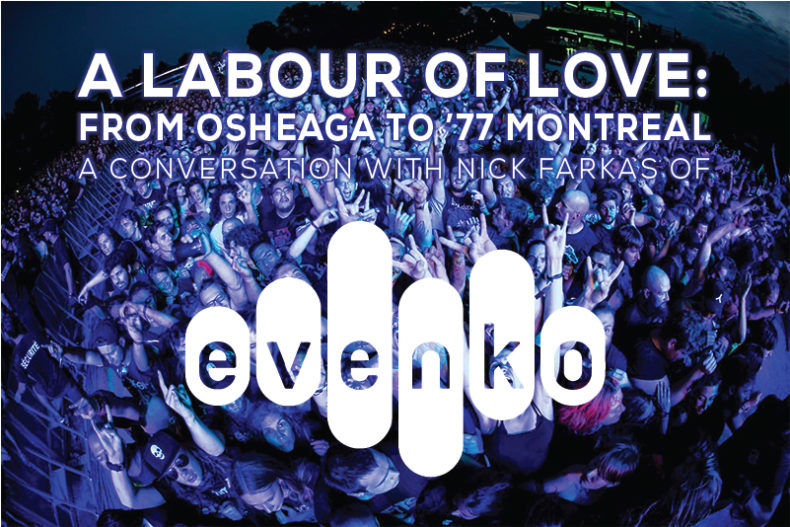 A LABOUR OF LOVE: FROM OSHEAGA TO ’77 MONTREAL

A CONVERSATION WITH NICK FARKAS OF EVENKO

Behind every great festival there is a mastermind, and Nick Farkas is one of Canada’s most committed. As VIP of booking for Canadian event giant evenko, he has contributed to the success of many festivals across the country. This summer’s offerings include Osheaga, FEQ, Îlesoniq, Heavy Montreal and ’77 Montreal… and that’s just in Québec.

Farkas’ work ethic has its foundation in a place some might find surprising. He started by booking local punk shows in the ‘80s, and attributes some of his success to his roots:

“I loved reggae, loved punk rock, loved ska at the time, loved rock roll, loved everything in between… so I’ve always sought out what isn’t necessarily mainstream – there’s a lot of good mainstream music don’t get me wrong – but some of my influences have been trying to find music that I’ve found compelling and interesting, and as a result… what I do, and what I do with my team, is very broad.”

He has carried that mentality through to his festivals with great success. Voted Billboard’s most successful Canadian live event in 2017, the attitude behind Osheaga originated in that diversification of genres, as well as realizing the importance of local talent. When Osheaga started, “the idea was really an opportunity for local bands, Canadian bands, Québec bands, to play on the same stage – or during the same festival – as some of their idols.”

Despite barriers such as smaller capacity, fewer resources, and the rate of the Canadian dollar, Osheaga is often mentioned with larger festivals around the world. Farkas says he is humbled by it: “It was a labour of love in the beginning, and it continues to be.”

Diversity has been key for these festivals: “From the beginning of Osheaga, we went from Sonic Youth to Ben Harper and everything in between… no one can ever say we’re not doing what we set out to do in the beginning.” He praises his booking team, joking “if Osheaga was me just booking what I wanted to book, no one would go.” 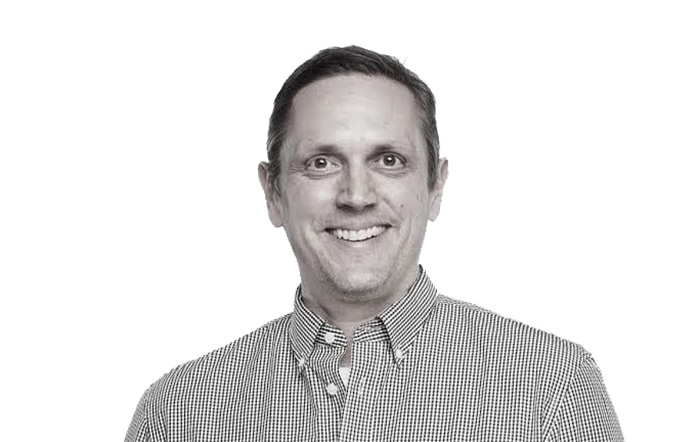 Farkas’ latest labour of love is a one-day punk rock festival, ’77 Montreal. In it’s second year, its inspiration comes from a simpler time:

“Before the worldwide web, you had to find music, and it was a lot more difficult. When I was a teenager and local radio stations played nothing but Van Halen and stuff I wasn’t that fond of I had to go out and find music that I liked… so that meant travelling to Toronto and New York and all over, trying to find records.”

Although the exact inception of punk rock is impossible to pinpoint, and is constantly debated by punk purists, the name of the festival is an homage to Farkas’ beginnings as a booker and promoter. “1977 is the year for me that The Clash, the Sex Pistols, put out the biggest records,” he says, “that influenced me and my entourage, and I think, the world… It’s going back to my roots, it’s going back to what got me interested in the business in the first place.”

’77 is an outlet for Farkas’ love of punk music, but also an answer to Montreal and Canada’s alternative scenes, and he hopes one day it will be as well-known as Osheaga. This year’s lineup offers a wide range of punk artists from the ‘80s to today. “We’re trying to bridge that gap,” Farkas says, “seeing people that are 18 connecting with people that are 55, over their love of punk rock, is amazing.”

The bill is impressively diverse: From The Exploited and Cro-Mags, to Bad Religion and Pennywise, to newer Canadian acts like The Dirty Nil and Anti-Queens. “With ‘77 – giving myself and my team 40 years of punk rock – it’s still very broad,” Farkas says, “but it allows you a giant canvas of music to work with.”

He and his team have a giant canvas indeed. Aside from Osheaga and ’77, evenko books everything from sporting events to Celine Dion concerts to metal festival Heavy Montreal to local street festivals. “We’ve never lost our focus as Osheaga has grown, we’ve always wanted the local aspect to be a part of it, and Heavy as well, ’77 as well.”

Farkas says they knew early on that they needed to treat the fans and bands well. He and his team know what festival-goers want in addition to a diverse range of musical artists. Food vendors, family activities, and emerging local art exhibits are just a few of the offerings at Osheaga.

The artists won’t go hungry either. No cold hot dogs in the green room, evenko’s festivals boast renowned local chefs Chuck Hughes and Danny Smiles, who cook for the artists to order. “You see like, the Black Keys shucking oysters, and Charles Bradley shucking oysters. I love food, I love music, I love sports… and when you unite all of those things into one, it’s phenomenal.”