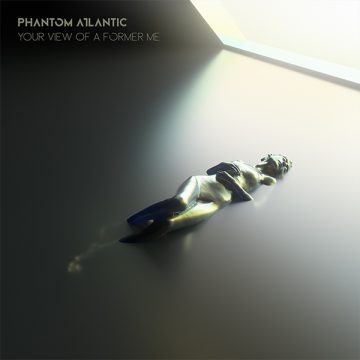 Phantom Atlantic
Your View Of A Former Me
Indpendent

Having made their debut in 2018 with a pair of singles, Toronto’s Phantom Atlantic have released their debut studio EP. Your View Of A Former Me follows the release of three singles since 2020, including “No Way To Live”, “Start From Nothing”, and, most recently, “Man Like You”. As anyone following the band through this creative cycle could have guessed, Your View Of A Former Me is a polished and modern alternative rock record that lives up to the hype of their own ambitions, as best seen in the stellar and cinematic music video for “No Way To Live”.

Opening the song that started it all, Your View Of A Former Me delivers an atmospheric vibe that sets the tone for the album on “No Way To Live”. The song kicks off with an ambient guitar arpeggiating chords underneath the rhythmic punch of a spacious bass and drums and the contrasting tone between the lush backing harmonies and the gravelly lead vocals. The song kicks it up with the second half of the verse with some ripping lead lines on the guitar before diving headfirst into an anthemic chorus. This is only furthered on the following song, “Start From Nothing”.

The album continues with the shifting and rhythmic pulse of “Man Like You”. The song takes the album in a slightly softer and ambient turn which makes for a haunting tone reminiscent of Muse. The song builds into a massive climatic section that further proves the sophisticated and tasteful songwriting. Bringing the album to a close is “Heart Out Of Heaven”, the only unreleased song on the record and perhaps the most ambient track, which ties the tone, feel, and vibe of the album into a slow burning conclusion.

If The Killers still had even an ounce of edge coupled with the dynamic songwriting of U2, then you’d have the tone, style, and excitement of Your View Of A Former Me. In this regard, Phantom Atlantic have delivered a strong debut record that sounds ready for the radio. Your View Of A Former Me is an alternative rock record for the new decade and here they have demonstrated why they’re a band you need to watch out for.

A passion for music has always been a part of Gerrod’s life. As a young boy, he was raised on a steady diet of the music from The Chili Peppers, Aerosmith, The Stones, Prince, and others from his mum. Raised in the GTA, Gerrod continued to foster his love for music by attending a wide range of concerts and learning the drums. His unapologetic passion for music has no bounds and has spread to a wide variety of styles, whether it be the 90’s rock that sound tracked his teenage years, the jazz he studied in university, or his newfound love for hip-hop. He recently received his bachelors in music and education from York University and is passionate about writing and reviewing good (and less than good) music. Gerrod is also the drummer and songwriter for a Toronto based rock & roll band, One In The Chamber.
RELATED ARTICLES
album reviewalbum reviews