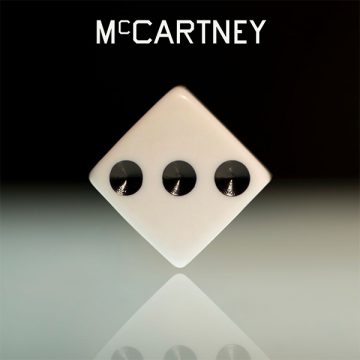 Paul McCartney has always used music to get through difficult times. In 1970, when the Beatles split, he came out with the classic McCartney in 1980. As Wings were falling apart, McCartney gave us McCartney II. The albums were similar, as they featured only McCartney, and were recorded for the most part at his home. In 2020, McCartney has used his time to write and record a new album, McCartney III. As quoted on the sleeve, it was recorded during ‘rockdown’.

It is a suitable addition to the ‘McCartney’ series. McCartney III is a classic, through and through. It is very different from his last studio release, 2018’s Egypt Station, but just as powerful. Here, McCartney is more bare bones, both musically and lyrically, and it is perhaps some of the best music he has ever written.

Give a listen to the lyrics in “Seize The Day”. “The old ways fade away/There’ll be no more sun/And we’ll wish that we had held on to the day”. This is a powerful sentiment set against an incredible melody. There is so much more to discover lyrically throughout McCartney III.

As McCartney has done on recent albums, he is not afraid to experiment and go out on a limb. Those familiar with his music career are probably aware of the work of his alter ego, The Fireman. While there is nothing as far out as that here, there are still moments that prove that he is still ahead of the pack. “Deep Deep Feeling” is pure art, demonstrating his ability to build, layer, and create melody in chaos. Not that the song is chaotic, it isn’t, but it does build and one is not sure where he is going with it.

Paul McCartney is in a league of his own. He has nothing left to prove, and yet the feeling that he does, is what drives him. On McCartney III, he trusts himself. While his choice of producers over the past few releases has been rewarding, it is also fantastic to hear him free and on his own. He has created an album that, given the chance, will force listeners to take a moment and appreciate the fact that one is listening to the music of a genius. Take McCartney’s advice, seize the day, and let us enjoy this album that will be considered a classic in the future.

Born and raised in Whitby, Aaron discovered music through his love of The Beatles. This led to a career in radio, writing for various publications, and ultimately a radio show about The Beatles (Beatles Universe), which ran for over four years. When not immersed in music, Aaron enjoys spending time with the loves of his life -- his wife Andrea, and daughters Emily and Linda (all of whom have an intense love of music too).
RELATED ARTICLES
album reviewalbum reviewscapitol
9.0